A new drillsite, and working through a 3 meter heave…

Geek Blog, entry 1: Some of the science behind my Leg 352 participation….
Houston, we've landed on….Boninite 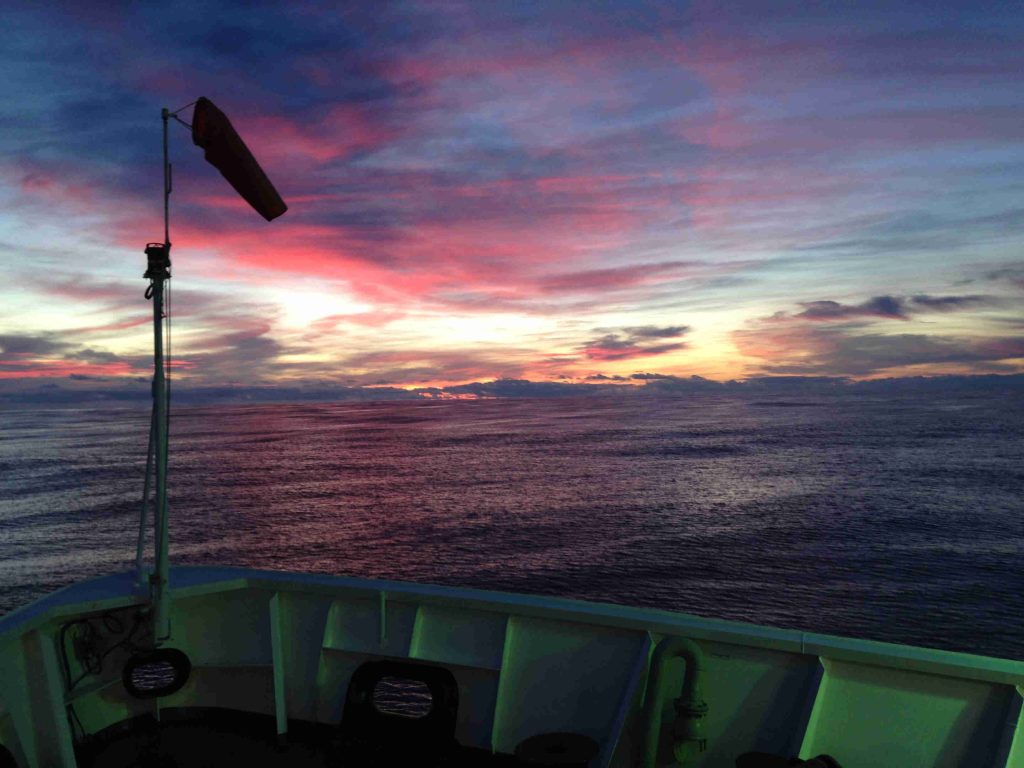 I finally got myself to sleep after the excitement of our first cored rocks, but I left the computer on so I could see what else they pulled up during the day shift. When I got up we had moved, albeit very slowly, to our next planned drillsite, BON 1A. Rather than pull up all the drilling pipe, the decision was made the morning before to use the dynamic stabilizers system on the ship – its lateral thrusters – to very slowly move the ~8 km to the next site, at about 1 knot. This was completed during the day shift, so when I got up we were already on site, and a set of shallow sediment cores had already been drilled.

What got me up, however, was not excitement at the next site, but a 3 meter heave that very nearly tossed me onto the floor of my room. We were now to the south of the typhoon that had been tracking off to our west most of the week, and the winds associated with that were kicking up some swell. One quickly learns to walk differently – using all four limbs – when the slope of your floor is constantly changing, and sometimes moving under your feet. This is particularly challenging when hauling lab gear up stairs to take porewater and head-gas samples from the new cores that were now coming in at about one every 90 minutes or so. Surprisingly, I seem to have adapted to this pretty quickly, as have most of the scientific team.

Aside from our duties to sample new sediment cores, things are comparatively quiet in Geochemistry right now – a calm before the storm, that begins when the next rocks come in, and when the first sediment samples come out of the freeze-dryer to be crushed for digestion and ICP analysis. I’ve made a point of visiting the Core Lab a floor up, both to see new thin sections of our drilled rocks (!!!), and to take part in the ongoing informal discussions about sampling and nannofossiles and models for the Izu-Bonin forearc evolution .

I have, however, been taking an extra short break at around 4:30 or so every morning, to step out onto the deck to see the sun rise. The last couple mornings have bee particularly attractive, so I’m sharing here. I’m going to try not to ever be too busy to take five minutes for these – it never gets old….