Approaching Land and the End of Expedition 340T 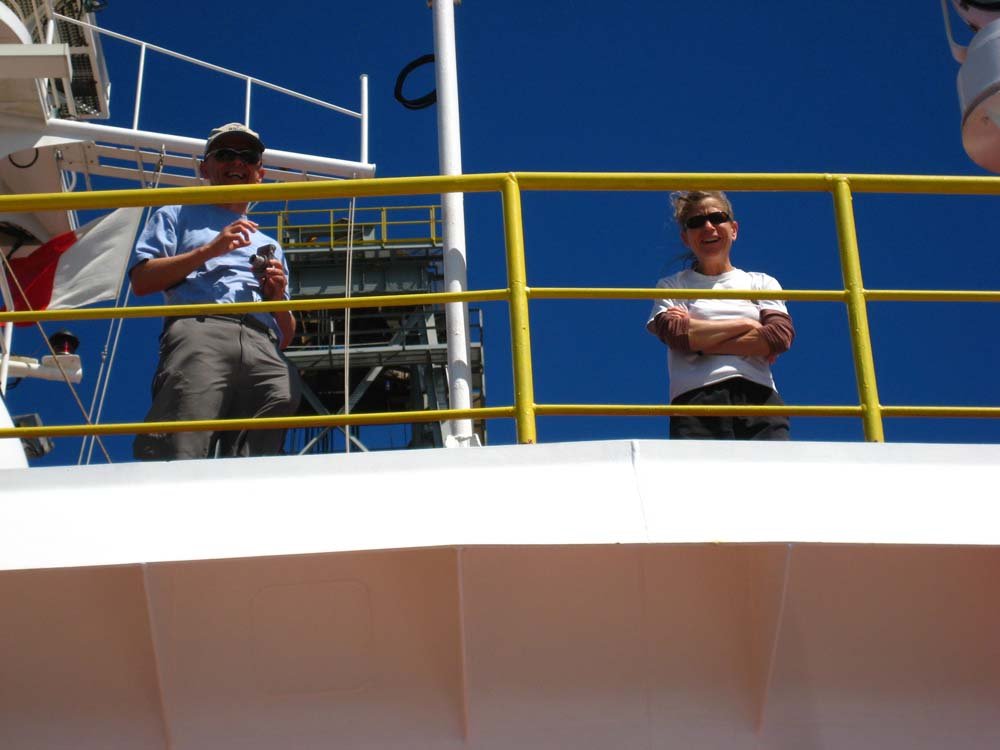 This morning we could see land in the distance. The pilot is scheduled to board the JR at 09:00. It is time to wrap it up.

The scientists are still working through the data and writing their preliminary report but a few things are already clear. The expedition was a success in that they were able to gather data to address several of their goals.

One of the goals was to look for contrast in the properties of rocks within the footwall. Seismic data show the general porosity of a rock body on a large scale. At this scale porosity is generally fractures in the rock. The porosity could show pathways for seawater to move through the rock. Temperature deviations at different intervals are an indication that there may still be water flow through the formation.

The first few days of logging, it seemed like nothing was going right. Tools were getting stuck, the VSP data appeared to have a lot of noise, and everything was taking much longer than it should. In the end all of the necessary data was collected and after working with the VSP data it looks very useable. The Magnetic Susceptibility Sonde test was successful and it seems that the magnetic data will also be useful.

We are pulling in to San Juan, Puerto Rico and the preliminary report is nearly finished.  Expedition 340T the data gathering part is finished. Although there have been several expedition to study the Atlantis Massif from the JR and other ships, there is still much to be learned.