Autumnal Equinox on the JR – Satellites, Sun and Easter 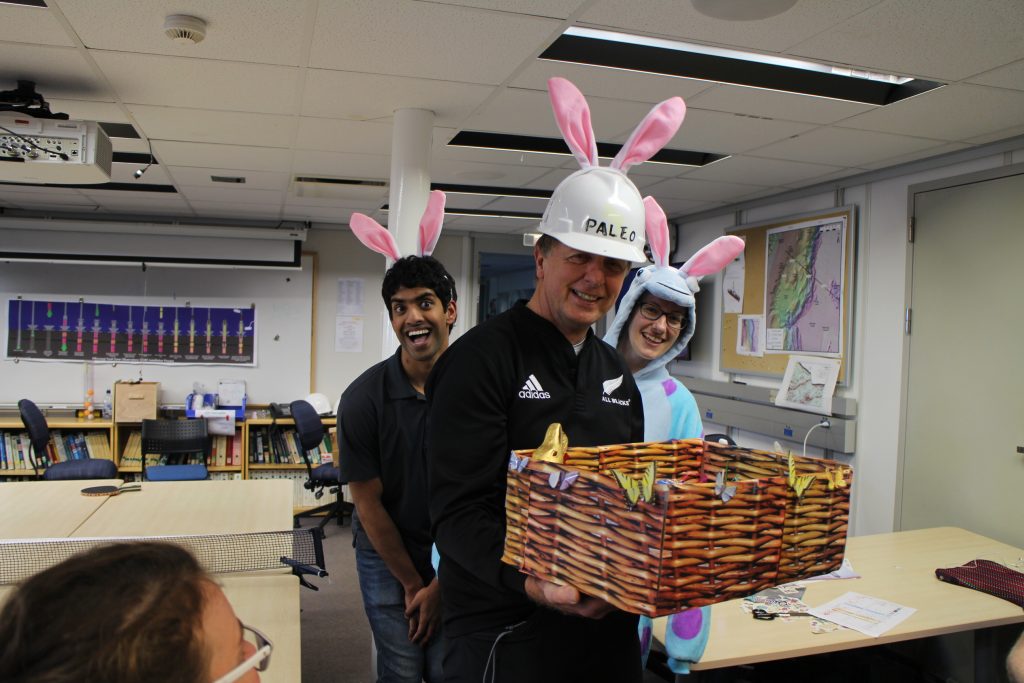 Every spring and fall (autumn) around the time of the vernal equinox and autumnal equinox, the ship’s satellite communication system loses connection for up to 15 minutes as the sun traverses behind the satellite. This event coincides with Easter too.

For Expedition #375 to the Hikurangi Subduction Zone east of New Zealand, the expected periods for the outage will be around 13:00 to 13:15 daily starting 1 April 2018 and continuing to 7 April 2018. During those times, we will limit our internet usage – not such a big ask as most scientists don’t have full internet access anyway!

What is an equinox?

An equinox is a day when the sun is at its zenith over the Equator, and the Earth experiences days and nights of generally equal length. There are two equinoxes in a year: around March 21 and around Sept. 22.  Because we are in the Southern hemisphere at the Hikurangi Subduction Zone, this is an autumnal equinox.

How does the sun affect our satellite communication during an equinox?

Geostationary satellites are stationed approximately 22,300 miles (36,000 kms) from Earth and are positioned directly above the Equator. Given the equator is offset 22.5 degrees, the sun aligns directly with satellites and the receiving station on the JOIDES Resolution vessel twice a year – once in spring and once in autumn. This event is called a sun outage, sun fade or sun transit.

Peak outage time occurs when the sun, satellite and the JR are exactly aligned with each other.

EASTER ON THE JR: Celebrating the Equinox 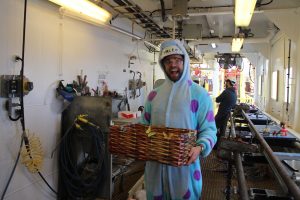 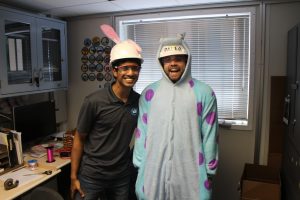 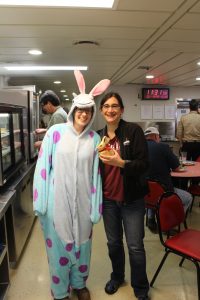 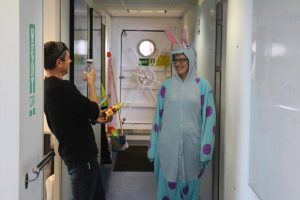 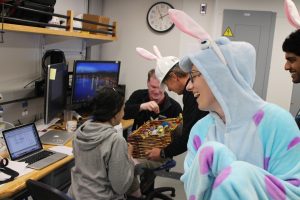 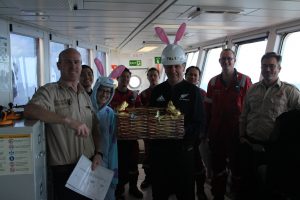 Easter this year was pretty hilarious, we had some keen bunnies and lots of laughs handing out chocolate.

For eons many cultures have celebrated the March equinox, unofficially marking the spring season in the Northern Hemisphere as a time of rebirth and renewal. The first day of the Baha’i and Iranian calendars falls on the March equinox every year. Vernal Equinox Day is a national holiday in Japan. The Jewish festival of Passover begins the night of a full moon after the March equinox.

Easter is also one of the most important holidays in the Christian religion. The date of Easter changes every year, and is calculated using the March equinox. In most Western countries, Easter falls on the first Sunday following the first full moon after the March equinox.