Another way to get information from the bottom of the sea… but watch out for dust bunnies..
Scientist Alberto Shares with Teachers 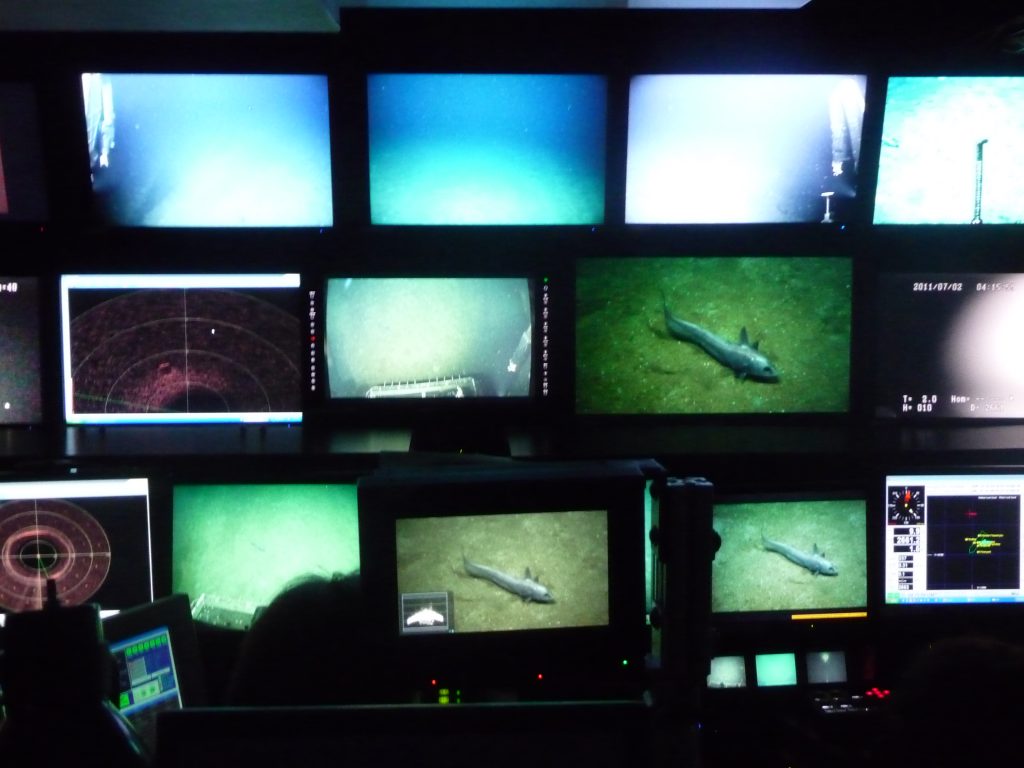 Our Jason of myth encountered Harpies, Dragons and even Fire-breathing Bulls. Similarly, in myth, Chimeras,  ("half one beast, half another") were commonly found. In our modern world of a Robotic Jason, things are different, yet much stays the same. Are there modern Chimeras? Yes! A Chimera CAN be a cousin of a shark (that’s its real name). A Chimera CAN be an organism created from a fusion of cells made by two different zygotes within the same species. However, in the deep ocean, you sometimes see something that is just plain weird, and it is difficult to not call it a Chimera in the classical sense. Take our friend on the screens here, the Grenadier Fish. Fortunately for Jason, it does not lob grenades at underwater robots. However, look at this thing. Is it a fish? Is it an eel? Is it the rat-like avatar of Aquaman? Well, it’s certainly a fish, but this Grenadier Fish, or "Rattail," definitely looks odd as it scurries by Jason on its way to some secret mission. As fish of the deep, few may encounter the Grenadier Fish and live (I mean, it lives about 3 km under the ocean), but for Jason, such feats are common and expected.