Working in the core lab
The importance of good food 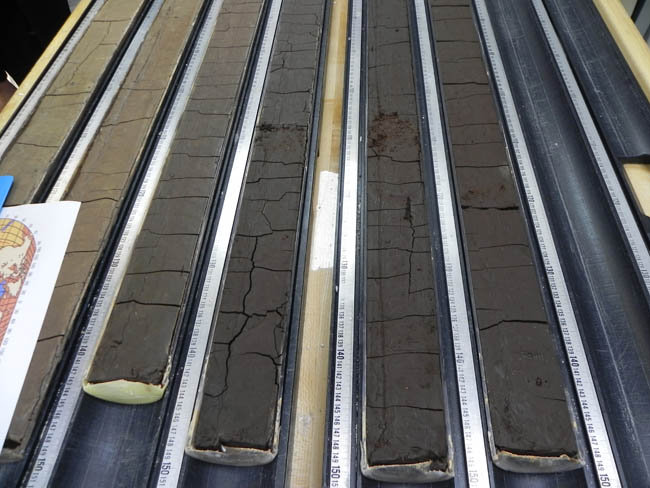 There has been a lot of talk on the ship about clay minerals the last few days, specifically smectites and illite.  Smectite is a confusing term because it is similar to saying "I’m on a boat" instead of "I’m on the JOIDES Resolution!"  Smectites are a generalized group of hydrated clay minerals and illite is a specific clay mineral.  Hydrated clay minerals actually have the ability to store water molecules between the atomic sheets that make up their crystal structure, while illite crystalline structure can’t accommodate these molecules.  The images below are from the USGS Open-File Report 01-041 and illustrate the potential for n-H2O (or some number of water molecules) in montmorillonite versus none in illite. 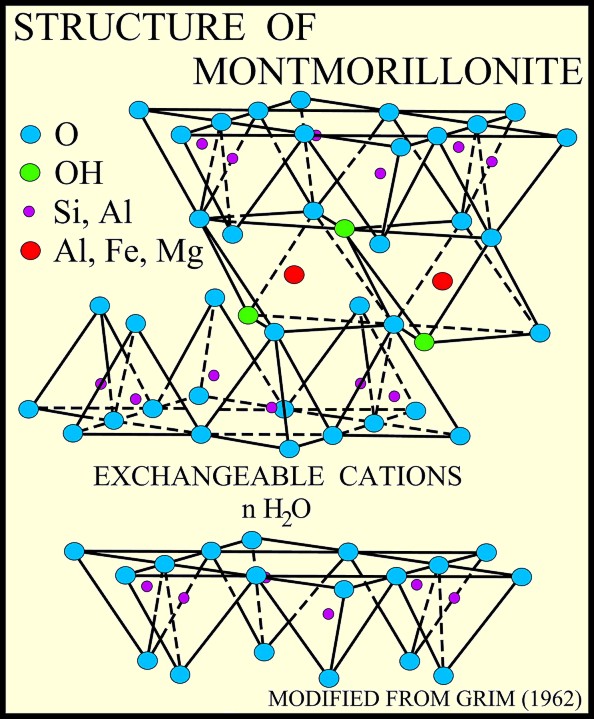 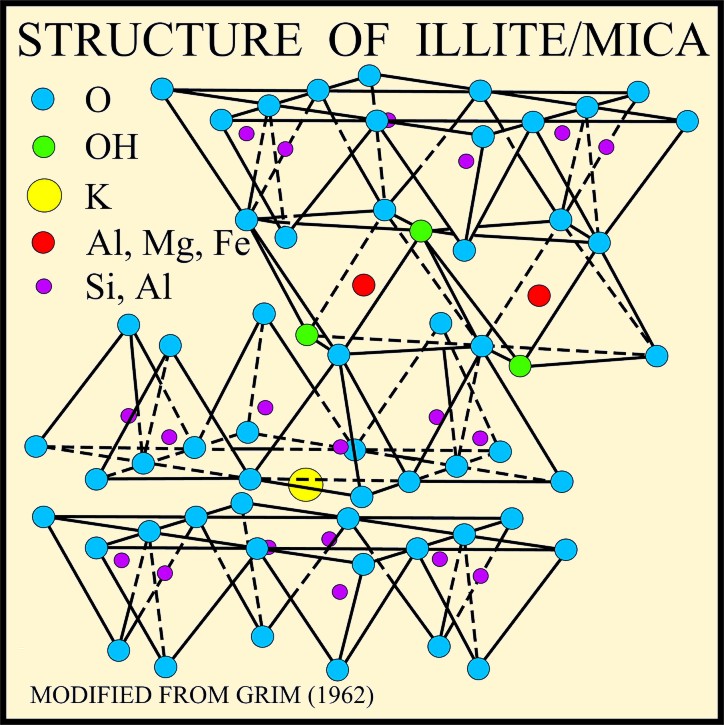 These minerals are of interest because they are integral components of two important processes:

1.  Characterizing wind vectors related to atmospheric circulation since illite typically forms in cooler, drier climates and smectites are derived from warmer, wetter regions.  Recognizing these mineralogical variations within a sediment core can therefore be used to infer the geographic origin of the minerals and in turn paleo-circulation patterns.

Analogy: You could imagine a scenario where your neighbor is the only one in the neighborhood who has Oak trees on their property.  So if you find Oak leaves mixed in with your leaves as you’re raking up the backyard, you know exactly where they came from and how the wind was blowing.

2.  The smectite to illite transition occurs at depth in the ocean because the overlying pressure coupled with heat squeezes the water molecules out of the crystalline structure and results in a phase change.  This transition results in increased freshwater in the porewaters of ocean sediments, lowering the chloride concentration and increasing the potential for encountering gas hydrates according to Torres et al. (2004) and summarized nicely by Riedel et al. (2010).

Translation: This de-watering process is similar to leaving a ham and swiss sandwich in the refrigerator overnight and waking up to soggy bread.  Your vegetables ‘dewater’ and infiltrate the ‘pores’ of the bread increasing the ‘freshwater’ content and making them soggy.

So, the next time you rake leaves or encounter a soggy sandwich, remember how important clay minerals are in the world of paleoclimate and gas hydrate exploration!