Coming on Site, Old vs. New 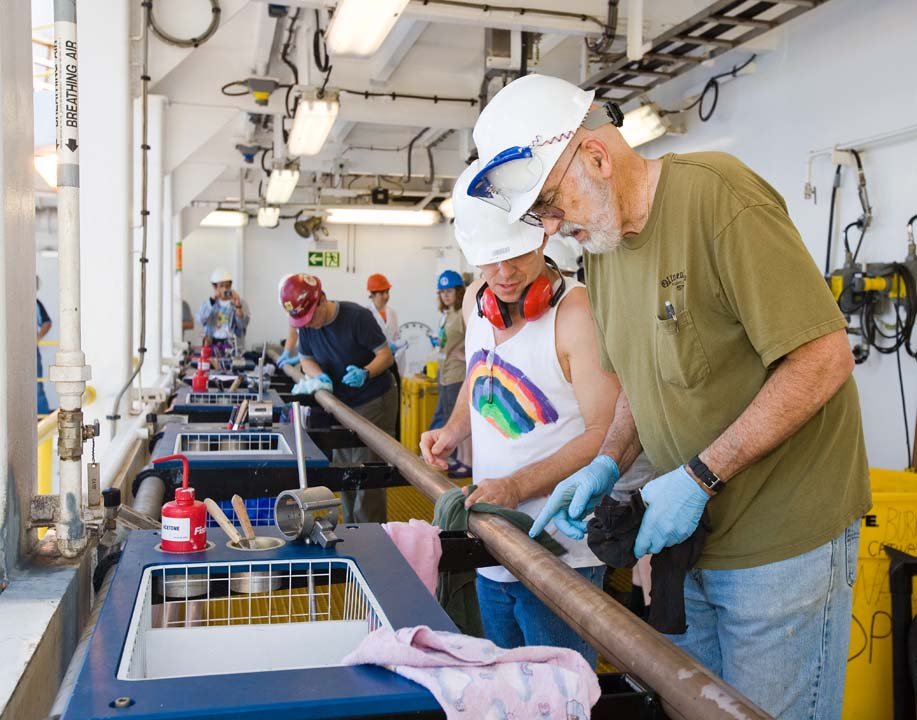 Yesterday, we arrived at our second site with little fanfare or excitement, which is a far cry from what it was like in the DSDP days.  With the advent of GPS, determining where a site is and how we stay on site is very different from the early days of drilling.

In the early ’70s satellite navigation was the only accurate way to determine were we were.  Although a major breakthrough then, by today’s standards it was slow, time consuming, and let you know where you had been 20 minutes ago.  In addition, you were at the mercy of the satellite schedule.

The navigation satellites were in polar orbits, which led to some interesting scheduling problems.  At a high latitude close to where all satellites cross (the poles), the time and distance between them were quite small which made it hard to “lock on” to any given satellite.  At the equator where the separation in time and distance is greatest, it could be hours before a suitable satellite would pass over.

This was OK when we were steaming, but not very good when coming on site and determining where the drilling should begin after we arrived.  In fact, that’s the only time we did use satellite naviagion.  In the early Glomar Challenger days, satellite navigation was so new that many of the mates on the ship refused to believe the system, preferring to rely on noon and star fixes.

This led to interesting days on Leg 22 in the Indian Ocean, when we had a persistent cloud cover for some time and the mates couldn’t use their beloved sextant to determine our location. They refused to believe the satellite information over the dead reckoning in which they had great confidence.  The difference between the dead reckoning and satellite navigation locations began to get larger and larger, but the mates still held to their faith.  Then with a break in the clouds, the mate on watch was able to get a good noon fix.  The result was a turn so severe that the ship listed heavily to one side sending anything not tied down sliding across the decks and falling off shelves.  TO BE CONTINUED