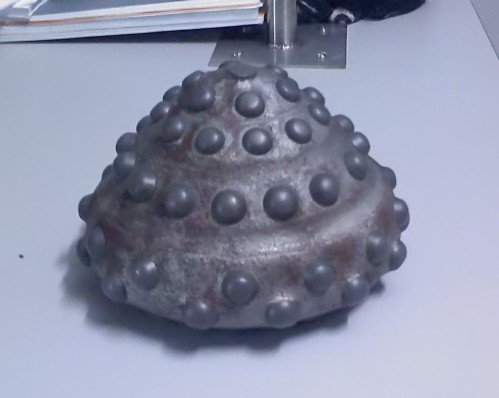 So anyone who read my last blog knows that I’ve been collecting some cool stuff to take back to school with me in September (the only question now is how to get my 50 pound box home) and that I’m really excited by all my cool stuff.

Well, here are the first two items that I’ve procured.  The first thing I recieved, during a ship tour as I previously mentioned, was a worn down piece of a drill bit that could no longer be used. (teaser image)

The second thing to be procured was a foot of wire off of the huge spool that sits next to the derrick which acts as part of the heave compensator for the drill pipe.