Goodbye land, Hello Dramamine
A slight impediment to our sediment 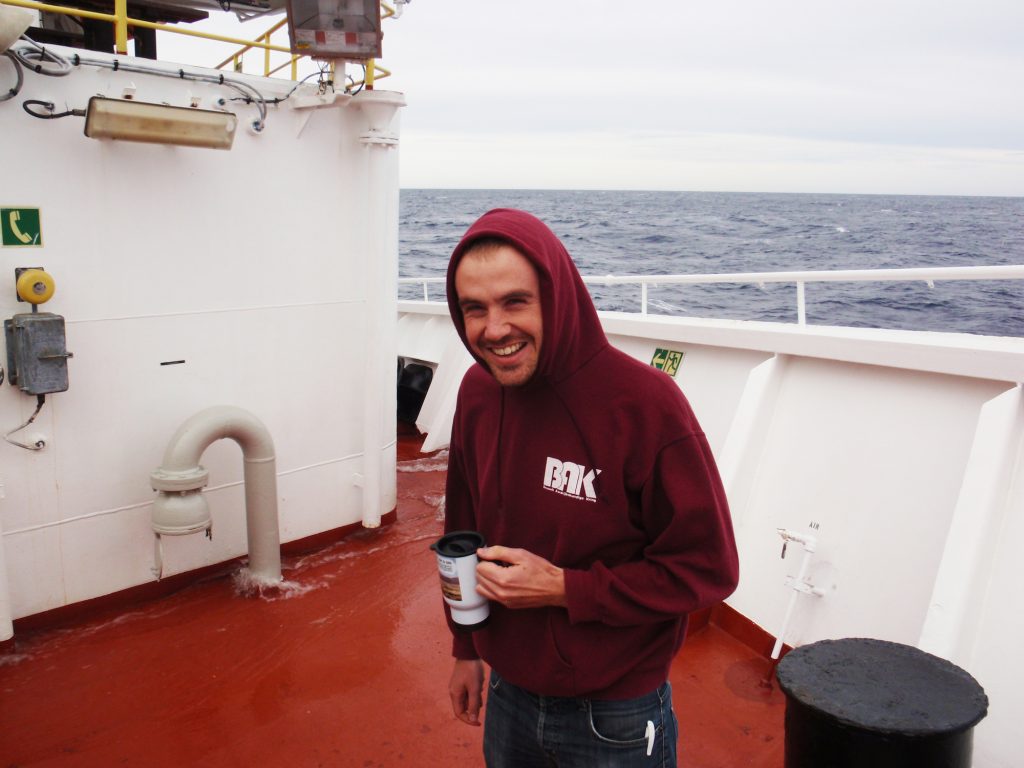 Expedition 356 is officially underway! And it’s looking hectic, even for an expedition like this. We’re in the middle of our 18 hour transit to the first sampling site. That’s just 18 hours for the scientists to come to grips with their new shipboard lab equipment, their new 12 hour shifts, and their new seasickness, all while preparing their research plans with their new team. (Shown is David, a physical properties specialist, surprised by a tiny flood while enjoying his coffee on the bow)

As we all know, there’s nothing better for seasickness than staring at a computer screen for 12 hours. So things are a mix of nervous energy and sleepy nausea. Luckily our ship’s doctor has a big bucket of Meclizine to hand out to anyone who comes knocking, and with a certain amount of triple-espresso-soft-serves and standing outside in the bracing ocean air, I’m sure we’ll be mostly functional by the time the first cores start to come in.
Let’s hope so, anyway. Because once those cores start coming in, they are going to come in FAST. The first sampling site is in only 150m of water (that’s near our minimum limit*) which means the core barrel (the part that travels up and down inside the drill string carrying the cores) is only going to take  15 minutes to drop down, punch out a core, and come back up. Each core contains about 10 metres of sediment, which, if my math is correct, means…
We’re about to be up to our NECKS in ancient mud.
*In deep water, the drill string has room to flex and sway, which gives us wiggle-room. In shallow water, it doesn’t, which can put the crew under a bit of tension as well.
Exp356
04
Aug 2015
By Tom LangUncategorizedLeave a comment