Deck the Labs With Cores of Basalt

What's so cool about Louisville?
Seamount Motion in the Ocean 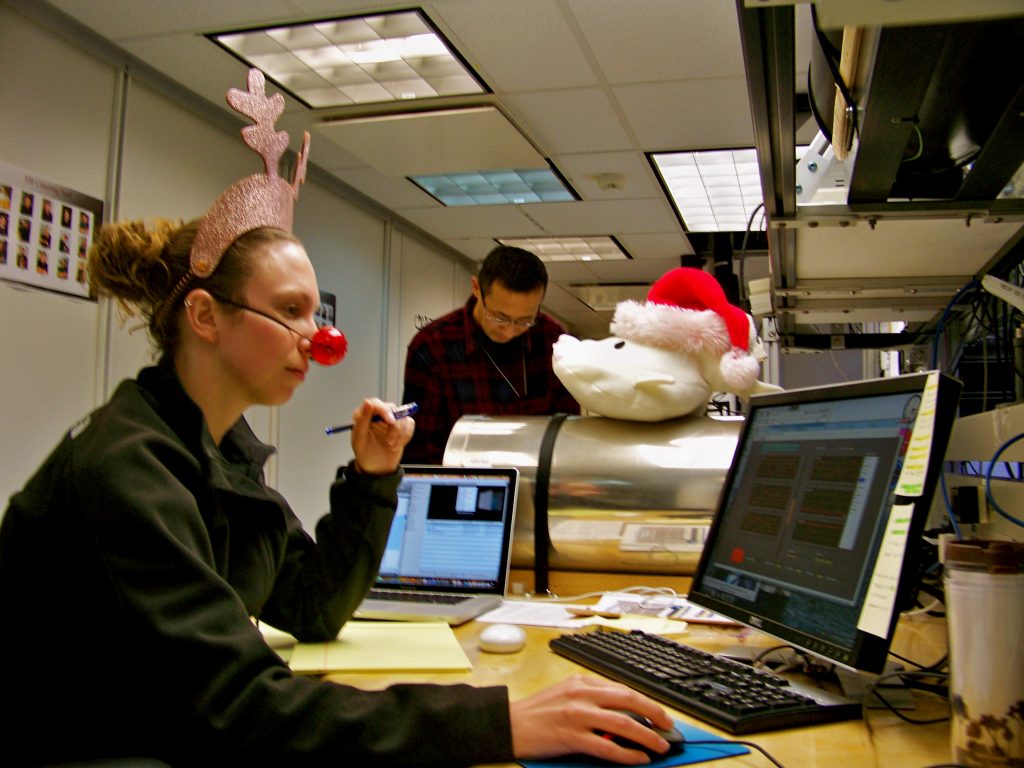 Santa Claus, reindeer and gas station attendants are not the only people working on Christmas Day this year. Everyone onboard the JOIDES Resolution is working today as well. The captain and crew are making sure the ship is running smoothly. The engineers and roughnecks are continuing to drill into the seamount to bring up more cores of volcanic rocks. The lab techs are preparing the cores for the scientists. The scientists are observing, measuring, classifying and describing the various rocks and sediments that are in the cores.

We work this hard because we all know that drilling on the Louisville Seamount Trail is a special opportunity that will not last very long. In order to make it worthwhile and to learn as much as we can about seamounts, we have to work as much as we can while we are out at sea.

Even though we are all working on Christmas, we are still taking time to celebrate. There is a group going around to all the work areas singing Christmas carols. Chef Alex and the caterers are making a big Christmas dinner for us. We also will be having a Christmas party this afternoon with a Secret Santa gift exchange (I hope Charlie the engineer has always wanted his own Pass the Pigs game, because that is the gift he will be opening shortly). Even though we all miss our friends and family back home, at least we are able to spend Christmas with our friends on the ship.