Did you say fusion beans? 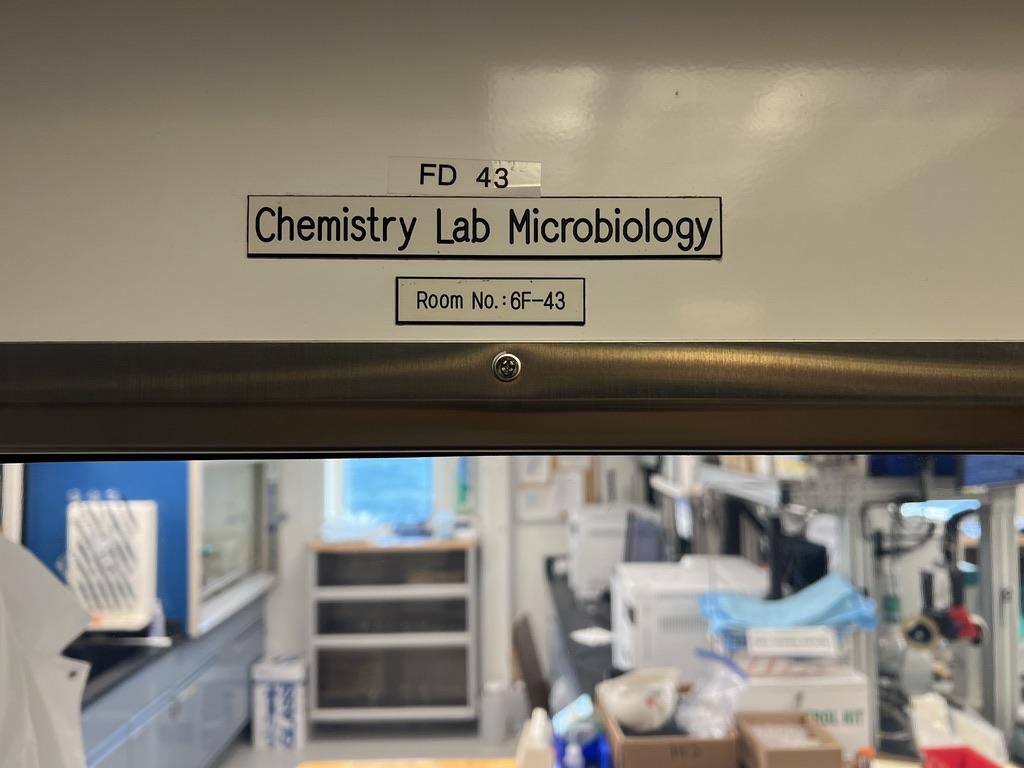 The Chemistry Laboratory is a fascinating place to be because it has the most interesting instruments, equipment, and processes that are happening. The one that most scientists look forward to on Expedition 393 is the ICP-AES. ICP-AES stands for Inductively Coupled Plasma-Atomic Emission Spectrometer, and it is a form of spectroscopy. Spectroscopy is all about the interaction between light and matter (stuff). The interaction thus helps you build an understanding of the structures, type, and state of the atoms or molecules found in the samples. Atomic Emission Spectroscopy is where we excite the atoms in our samples to make them emit light that we can measure.

I was introduced to it because I heard someone say they were going to go make beads. To be honest I think my hearing needs to be checked because I swore they said beans the first few times. Anyways, the beads are essentially melted glasses made from samples of the basalt and sediment cores. At this point I was intrigued because the only time I have heard of rock changing states of matter is when you have magma leaving a volcano.  States of matter are the phases in which you can find something in depending on the temperature or pressure it is exposed to. The phases are liquid, gas, or solid and if temperature or pressure changes enough the item will change phase.

The marine technician, Bridgette, showed me sediment/rock powder before the melting process and the resulting bead after. The fusion beads looked like jewels to me.

The core samples have to be dried, crushed and ground to a really fine cornflower-like powder before anything gets melted. To grind hard basalt or sediment, the sample gets put into a shatterbox, which is quite aptly named.  If it is soft sediment it gets ground by hand with a mortar and pestle.

I see the techs and scientists in charge of this step always massaging their palms after a long session of mortaring. Now back to the fact that rock can get molten. It is important to note that the core sample does not melt just by being in a hot oven. The powdered sample is mixed with a special substance called a flux that helps melt the rock when it is heated.  The flux is a chemical compound that melts readily and can dissolve powdered rock or sediment when it is heated. This step is called fusing. The powdered samples are put into platinum crucibles, because the melting point of the crucible is higher than that of the powder-flux mix, so the crucibles can be used multiple times without being damaged – and also because the melts we make won’t stick to platinum, so they come out easily when they cool to a transparent colored glass bead. Unlike when you make melted sugar and it sticks to everything.

Please watch the video above to see the powder-flux mix turn into fusion beads.

But wait there is more! The bead gets tossed into acid and secured onto a shaking machine to make it dissolve. By dissolving them in this acid we reach our first dilution step. For something that looks like such a beast of a machine its shaking is tightly controlled albeit vigorous.

After dissolving the bead in the acid, we need to dilute each solution again to a low enough concentration where the ICP can detect the slight differences in the samples (4000:1). The ICP detector system is a lot like a smartphone camera – if concentrations get too high, then the light they make in the ICP gets too bright, and the detector has a hard time seeing differences. Once diluted, the samples are ready to be sipped and then super-cooked by the ICP’s plasma torch, which runs at 10,000 kelvin (17,540.33 F) or so – all that heat makes the samples glow – and we measure that light!  The responses of the instrument to each sample are compared against reference materials made from very well characterized rocks that labs around the world use to ensure their analytical data is of high quality. The surprising fact is that for a ship that doesn’t sleep and a lab that always has someone working in it, this whole process from sampling the core to receiving the chemical analyses takes 7 full days with no mishaps. It is truly a process to teach patience.

The whole point of this process is to understand the abundance of the elements in the core samples, as well as to identify which elements are present. The value to knowing this is to understand what kinds of rock or sediment it is, and how it formed. Every rock and sediment has its own chemical fingerprint that geochemsits use to separate them into categories based on how they get made, and where they fall in the “rock cycle”. An example of a category and result of a process that geochemists and petrologists give rocks with similar compositions technical names would be Mid-Ocean Ridge Basalts that cover the ocean floor. We see these a lot where we are drilling on this expedition.

In the end, the shipboard scientists eagerly await the ICP results so they can understand more about the sediment and hard rock cores they have pulled up from the beneath the sea floor.