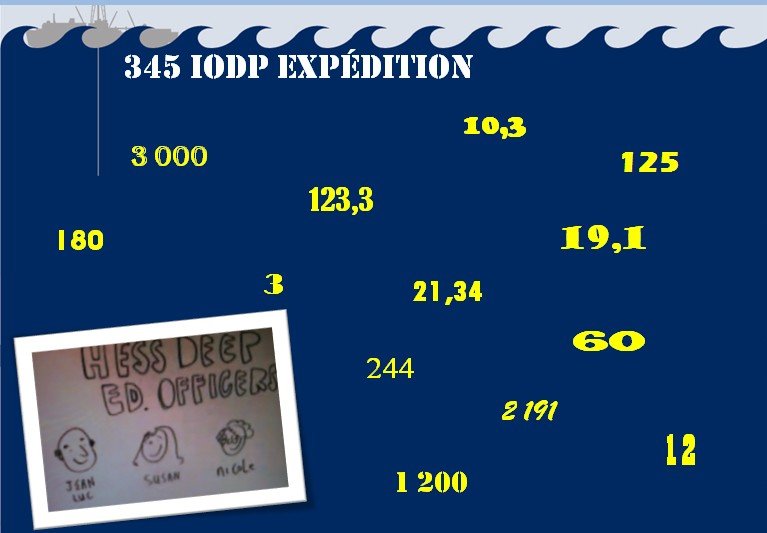 Indeed, Jose and Manuel had load many things during the four days long of Port Call.
He was in charge for the bag packs of the scientists. Jose had , at one time, 7 bags while his colleague Manuel had only 5.
The enigma’s was resolved by many people. Bravo !

Four days long at Puntarenas seem a lot of time. Rather, the trucks have not stopped … arriving on the pier continuously. On of them arrived just in time before the departure !.
More numbers in the file below.