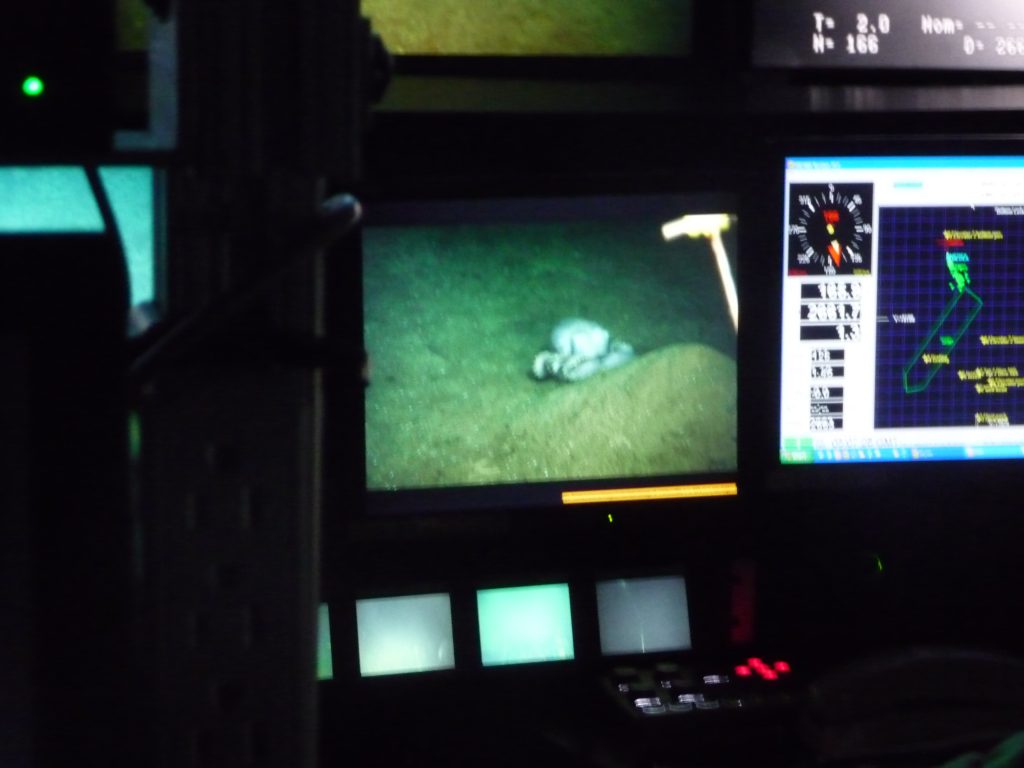 Jason encounters many strange creatures on his quests. As an example, from the distance, lit only by Jason while 2.7 km under the ocean, this creature looks like a rock. Well, it isn’t a rock! Up close, one finds it’s an octopus. A very nice octopus, in fact, at least to the world’s most powerful deep sea robotic submarine!