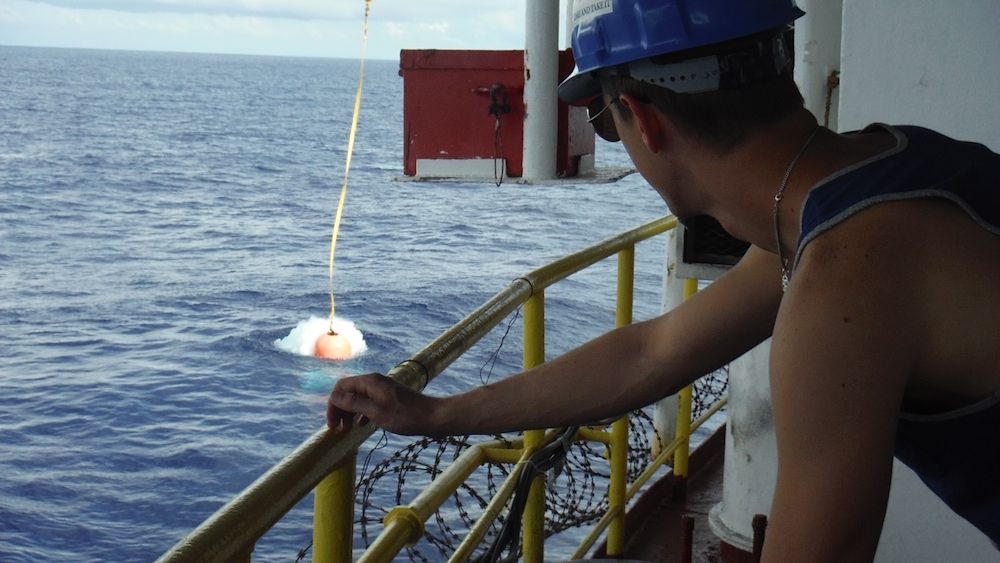 The seismic
profile is an important  tool during
this expedition.

Seismic waves  are a result of an earthquake as  waves of energy that travel through the
Earth’s layers in different ways and at different speeds.

They are categorised
as  P and S–waves.

They can be detected
and analysed.

A wave is split into
reflected and refracted waves  when  encountering a change in material properties
.

These waves properties are  at the basis of the seismic profile.

( for the marine survey aquisitions)
and measuring the time to travel from the source , reflect off an interface and
be detected by hydrophones .With the time and the velocity of the waves the
geophysicists reconstruct the way of the waves in order to build up an image of
the interface.

The  seismic profile allows  in this way the visualisation of
the  different  geological layers .

The analysis of the Exp359 cores should allow the scientists to turn the seismic profiles into stratigraphic profiles describing and dating the different sediments layers.