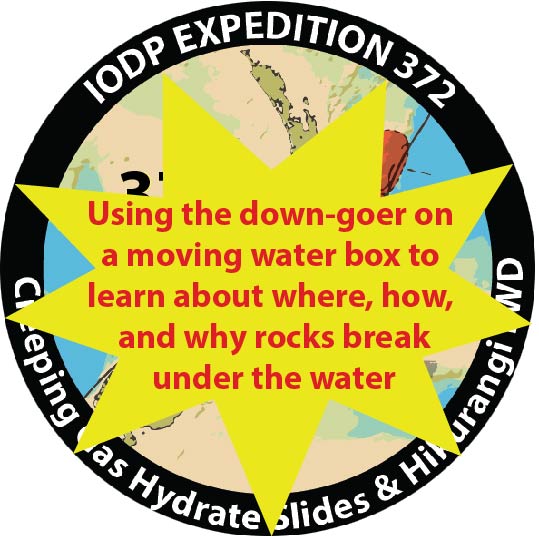 NOTE: With the exception of this note and the words in italics, this blog post is written with only the most commonly used 1,000 (or “ten hundred”) words. It may sound a bit silly but as you’ll see, it can be an important outreach exercise in breaking complex subjects down into their basic components. If you want to learn more about explaining complicated concepts with simple words, check out the work of Randall Munroe, author of the popular webcomic xkcd, What-if?: Serious Scientific Answers to Absurd Hypothetical Questions, Thing Explainer, and many other works. This blog entry and the challenge it describes was inspired by Munroe’s work and used the Up Goer Five Text Editor created by Theo Sanderson.

I got this idea from a funny picture-story (comic) I like to read on the computer. In this funny picture-story, the person who made the funny picture-story explained a really hard thing using only the most used ten hundred words. This thing was the Up Goer Five (the Saturn V Rocket; https://xkcd.com/1133/). By only using the most used ten hundred words, the person was able to explain the hard ideas behind the Up Goer Five and make them easy to understand. As someone who often explains hard ideas to people, I think it’s very important that the new-idea-making-people are able to explain their new ideas to everyone (because sometimes they are hard to understand).

Next time you have a hard idea to tell other people about, try explaining it using only simple words!
Leah Levay (IODP Staff Scientist): I am a micropaleontologist and I study fossilized phytoplankton (calcareous nannoplankton) found in ocean sediments.
water has small life
living in tiny houses
made from the sun’s food
—
the life moves with wind
and the waves and warm water
and best living state
—
when death approaches
the houses fall deep deep down
to the dark black floor
—
the houses stay there
for many many many
years to be kept whole
Stephanie Sharuga (Education and Outreach Officer): Benthic ecology and ocean exploration using submersibles
I study the interesting animals and rocks found in the deep water or on the water floor, using things that go in the water. These things take pictures and make movies so I can see animals and rocks in person even though I can’t go down in the water myself. From this, I learn more about the relationship between animals and the water floor, and why animals are found in different places.
IODP Expedition 372 Scientific Objectives (written by me)

The reason we are on this moving water box is to study the rocks on top of and under the floor of the water-covered parts of the world we live on. The floor of the water-covered parts of the world is not the same in every place. Some parts of the water floor have high areas and some places have low areas. We are interested in learning more about why rocks in some of these high areas don’t stay put and fall down to the lower areas. Sometimes the rocks break in many places until they become smaller pieces of rock when they fall. Other times, the rocks break only once and fall as one big piece of rock. Sometimes the rocks fall quickly all at once and sometimes the rocks the rocks fall very slowly – only moving a little bit every year. When the rocks fall quickly under the water, they move the water out of the way. This water has to go somewhere, so it makes a big wall of water that goes on land and makes lots of trouble for people and their things.

We want to learn why these rocks fall very slowly. Is there something in the place where the rock has broken that makes it fall slowly? Some people think there is a kind of fire-air that acts like ice inside the places where the rock has broken. These pieces of fire-air ice might act like ice on land in the high, cold places and at the top and bottom of the world. This land ice moves slowly – only a little bit at a time. Could the fire-air ice under the water floor where rocks have broken and are falling move like land ice – a little bit at a time? Before we can try to answer this question, we need to know if the fire-air ice inside the rock under the water floor. To learn this, we will use the We want to use the down goer on this water box to go down under the water floor and pick up the rocks to see if they have fire-air ice inside.

Another thing we want to do while we are with the down goer on this water box is learn more about a different place where the rocks under the water floor break. This break in the rocks starts at the very lowest part of the water floor and goes down deep into the world. This lowest part has a lot of heavy rocks on either side and the two sides move toward each other. When tow groups of rock push against each other, only one group can stay up on the water floor and the heavier of the two sides gets push down under the lighter side. The heavier side moves along the break in the rocks under the lighter side for a long way until it gets deep enough in the world that it stops being the kind of rock that can break.

While the rocks on the water floor on either side of the break keep moving toward each other, the rocks at the break where the two sides push so hard that they get stuck. As lots of time goes by and the sides of the break get pushed together harder and harder, the two sides stop being stuck and heavier side moves down under the lighter side very, very quickly. In fact, the two sides move past each other so quickly that they cause the ground to shake. Sometimes the two sides don’t move very much and the ground doesn’t shake very much, but other times the two sides move a lot and the ground shakes very hard. This ground shaking can be felt by people on land who are a long way away from the break in the rock where the rocks moved. If the rocks move along the break all the way to the top of the water floor, one side can push the water up out of the way. This water has to go somewhere and becomes a big wall of water when it moves to the land. Both the ground shaking and the water wall can make lots of trouble for people and their things.

In the past few years, some people have found some different ways that the rocks move along these big breaks under the water floor. Sometimes the rocks move fast enough that we can only find out by using a kind of computer that keeps track of where the computer is on the land, but not fast enough that we can find out by using the normal kind of computer that keeps track of how the ground shakes. Since these slow rocks moves were only found out about in the last few years, we don’t know much about them and need to learn more!

After we are done being on this water box and have used the down goer to make a space in the rocks through the big break, some other people will come onto the water box and use the down goer to put many different types of computers into the space. These computers will stay in the space for a long time and keep learning about how the rocks change through time. If those computers are left down in the space long enough, maybe one of the slow rock-moves along the break will happen and we will learn even more about how and why they happen!