On site
A Worthwhile Wait – A Story in a Core 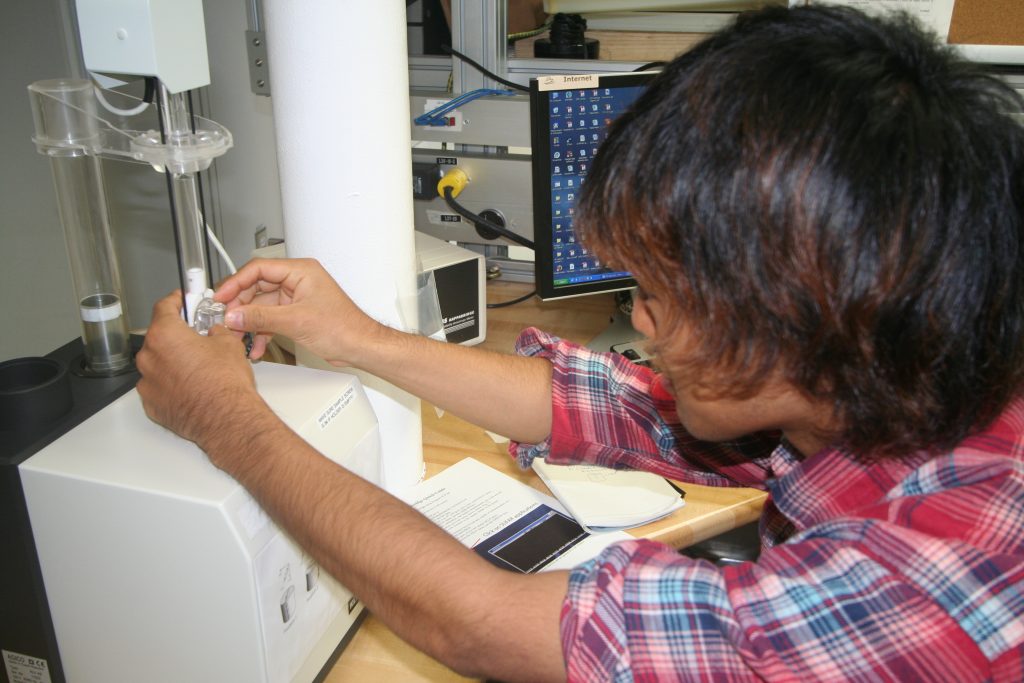 We are in our second day of our first sampling site: U1346. The drilling has been slow, but interesting samples have been steadily coming up. As the core is brought up on deck, it is taken into the lab and the first thing that’s done is its cut in half. One half is archived after characterization – photographed with high resolution techniques, measurements such as density and magnetic susceptibility. From the other half of the same sample, researchers can take specimens to do other more detailed analyses, such as cutting thin sections and characterizing the crystalline structures, seeing if any of the minute structures have changed or altered over time, and estimating how long and rates of these alterations. The samples are also analyzed for microorganisms to see what’s there and make a deterimination of how long ago these formations solidified. Why are all these detailed analytical techniques important? Why is it so important to know all these things? Well we can talk about it a little later with Takashi Sano and William Sager, the two co-Chief Scientists who are in charge of this expedition. Right now everyone is busy with the start of the operations, usually a hectic time, but as things settle down, we can talk to Takashi and Will, and the other scientists on  board the JOIDES Resolution.