How do we know?
Getting to know you 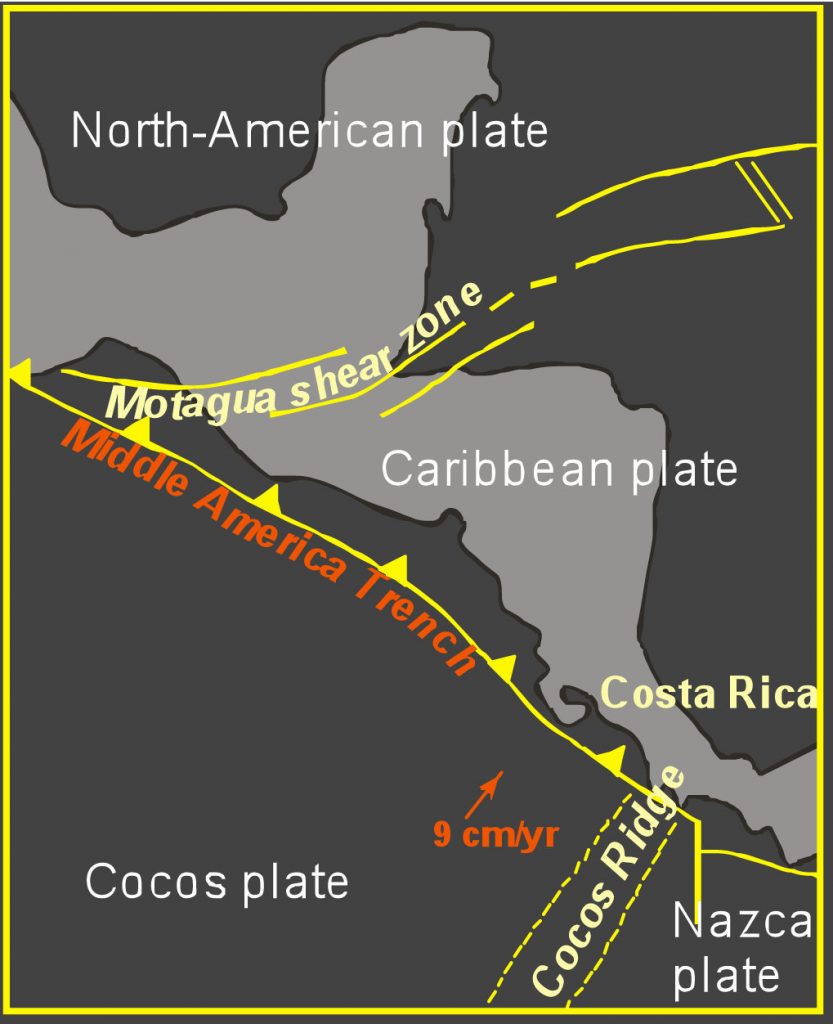 Costa Rica is on the Caribbean tectonic plate. To the west is the Cocos tectonic plate. The Cocos plate is moving northeast at a rate of 9 cm per year relative to the Caribbean plate.  When two plates move toward each other, two things can happen – either the rocks pile up and form mountains, or one plate moves below the other. The second occurrence is called subduction. That is what is happening here. The Cocos Plate is being subducted below the Caribbean plate.
We are offshore of the Osa Penisula, where the Cocos Ridge is. In this figure, blue is the deepest depth and red indicates the highest mountains and volcanoes. The ridge is about 2000 m below the ocean surface while the surrounding seafloor is about 3000 m deep. To the northwest is a deep trench where the Cocos plate is subducting. At the Osa Pennisula, the trench is relatively shallow compared to most trenches.

As I’ve mentioned before, we are very close to shore and in shallow waters. We want to be able to tell the story of the rocks.
The top 500 m of sediments (soft rocks) tell the history of the last 15 million years. Being close to shore, we will see land and oceanic sediments in these upper rocks.
The basement rock (hard rock) below will tell the cooling history. Some of the scientists have been studying this region for 20 years. Their in-depth understanding is very helpful for the rest of the team to understand the complex system they will be studying.
exp334
19
Mar 2011
By Jennifer SaltzmanUncategorizedLeave a comment