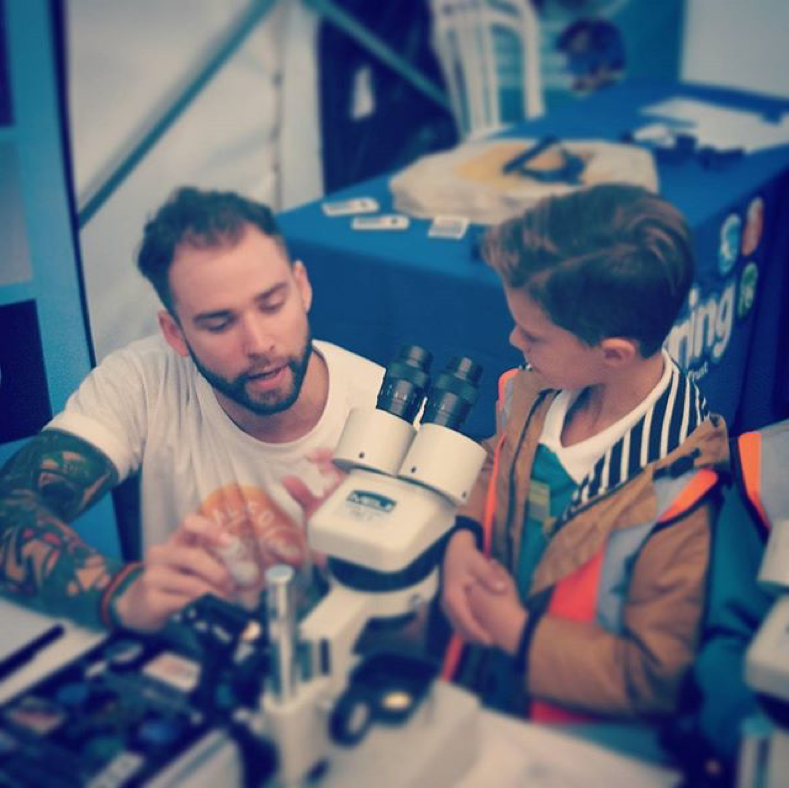 My primary field of research is the mechanistic drivers of evolution and extinction within single-celled marine organisms from the Cenozoic era (the last 66 million years) called planktonic foraminifera.

Foraminifera (forams for short) are single-celled organisms (protists) with shells or ‘tests’ (a technical term for internal shells). They are abundant as fossils for the last 540 million years.

This involves the processing of sediments from kilometers below the ocean floor, which are constantly being cored by the JOIDES Resolution and stored within repositories around the globe. These sediments are often composed exclusively of the skeletons of these planktonic organisms, and so represent an extensive biological archive which spans huge swathes of geological time.

Previous research on these organisms has allowed the scientific community to reconstruct the Earth’s climate millions of years in the past, as the skeletons of these organisms contain a direct chemical representation of the temperature of the ocean while it was alive. This has subsequently allowed us to identify intervals in the geological past where the Earth was much warmer than the modern day – so the scientific community can reconstruct future changes in climate as a response to anthropogenic climate forcing.

For Expedition 375, I am interested in high-resolution sampling of an interval ~3 million years ago, known as the mid-Pliocene Warm Period. This period is important to past and future climate projections because it represents an interval where the planet was on average 2-3 °C warmer than the present day, and is comparable to global temperature increases expected by the year 2100.

I am interested in utilizing the planktonic foraminiferal record from the Hikurangi Subduction Margin to reconstruct past oceanographic conditions along the subtropical front, a section within the ocean where cold subantarctic waters converge with warm subtropical waters. The position of this convergence zone is shown to change with Antarctic ice sheet volume, and a better understanding of the front may, in turn, provide clues to changes to Antarctic ice extent in the near future.

I work at Leeds University (U.K) in the School of Earth and Environment as a Postgraduate Researcher. As well as an avid interest in scientific research,  I also enjoy participating in athletic activities, including rowing and weight lifting, as well as spending time eating out with friends.