Hikurangi on the move
JOIDES Resolution Board Game 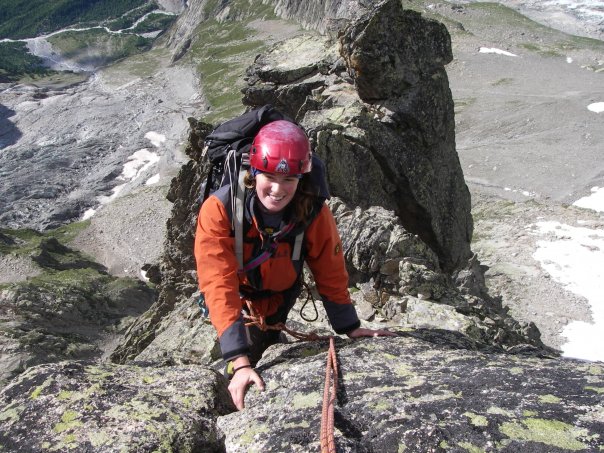 Did you know that Earth is the only terrestrial planet that has a very strong magnetic field? And that it is most likely produced by the motion of iron-rich material, deep inside the outer core of the Earth? Earth’s magnetic field is bizarre in that it changes its direction in an almost random fashion and sometimes even flips entirely.

I first learned about the subtleties of Earth’s magnetic field during my teenage years. Having always been a passionate sailor, at the time I learned the basics of nautical navigation – using a magnetic compass! One thing that did not make much sense to me at the time was the fact that the compass needle does not point exactly North. For example, at our drill-site, magnetic North (or the direction the compass needle points to) differs from geographic North by over 20°. 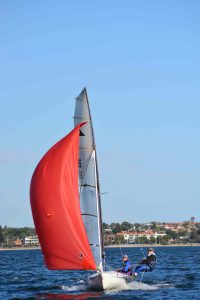 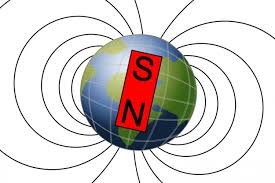 During Expedition 375 I am looking at magnetic field variations over much longer time-scales. Throughout Earth’s history, the magnetic field has changed its polarity in an almost random fashion. Reversed, that means that the North Pole suddenly became South, so the field was upside down! Each of these “reversals” has been well documented and dated around the world and can provide powerful tie points for age models of the sediment cores we recover. Besides, the properties of the very fine magnetic particles in the sediments we recover also yield a variety of information about the weathering processes and, in association, the motion of fluids through the sediment and its deformation.

Each drill-site we are coring at during Expedition 375 targets a different environment, and each brings new surprises and discoveries!

I’m originally from Kiel, Germany which is where I obtained a BSc degree in Geology in 2011. I got my PhD in geophysics from Victoria University of Wellington (New Zealand) in 2016 and am now working as a Post-doctoral researcher at the Japan Agency for Marine-Earth Science and Technology in Yokohama (JAMSTEC). 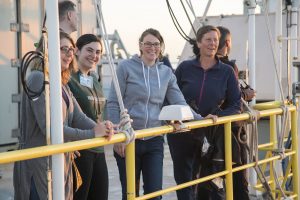