A unique way to install a reentry system at Site U1440B
Sorting Data! 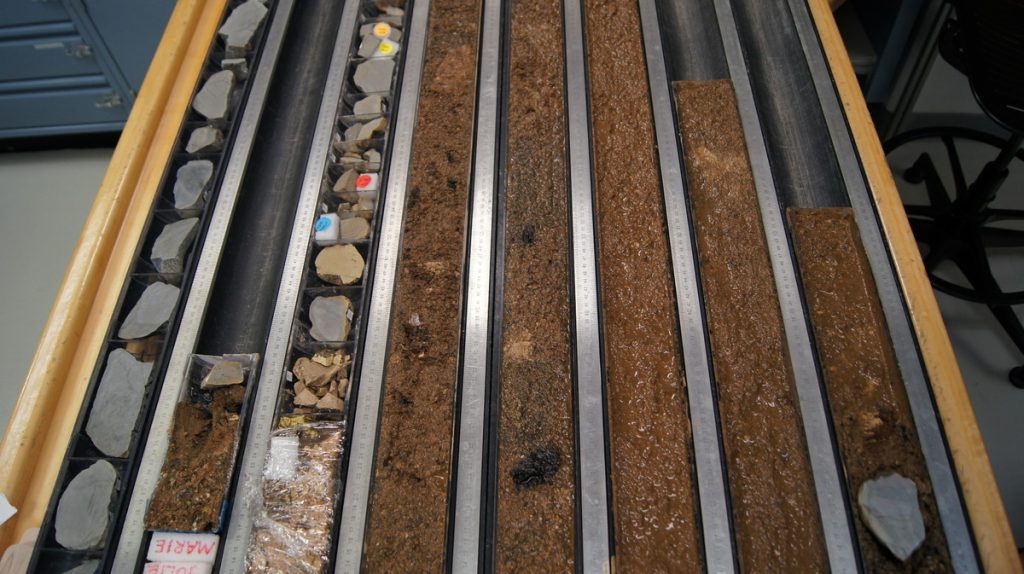 Well, it’s really not as spooky as it sounds.

As it turns out, ghost cores are always a possibility when drilling into hard rock.  As the drilling continues deeper into the hole, small particles of rock are the result of the constant grinding of the drill bit.  Every attempt is made at washing these particles out of the hole using fluids viscous enough to suspend these small grains, carry them back up the drill hole, through the casing, up and out of the re-entry cone to be deposited on the sea floor.  In addition to small bits of rock from the drilling process, sediments from around the side of the hole (beneath the casing) can also be deposited into the hole.  When all of this small-grained material starts mixing with the drilling fluids (“mud”) instead of being carried out of the drill hole, the core liner fills with a slurry of rock cuttings, sediment and drilling mud which combine to form what we call a ghost core.  While we certainly retrieved a core, this was not the freshly-drilled rock core we anticipated but a mere ghost of what was once rock (and some other stuff).

Compare the ghost core (the five sections on the right) with previous cores from U1440B (on the left).