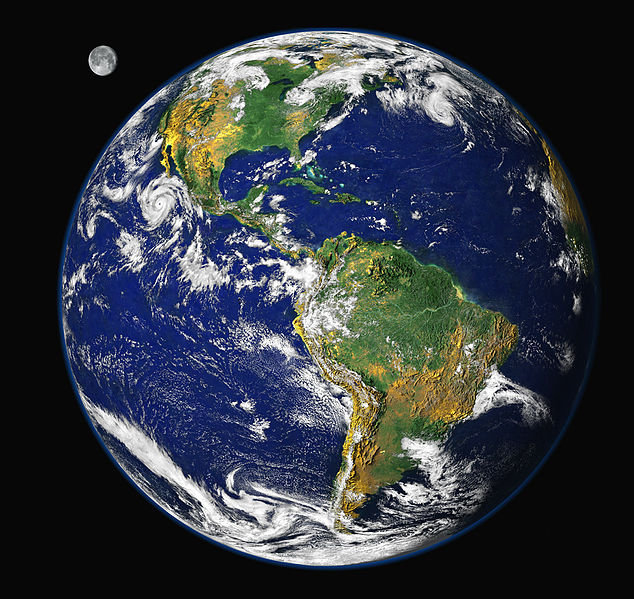 Last time, I explained that one reason the crust we are drilling in is called “superfast” is because, at a spreading rate of 20 cm a year, it spread much quicker than most seafloors spread. Still, it probably sounds weird to call something superfast that every snail on Earth can outrun. So another reason scientists call this (or any crust) “superfast” is because they are not thinking about it being fast in terms of the age of people but instead are thinking about how fast it is in terms of the age of the Earth. The Earth is 4,500,000,000 years old, which is a lot older than any person you know, even your grandma. The Earth is so old that it is hard for most people to even imagine how old 4.5 billion years is.
So let’s try to think of the Earth’s age in a different way.
Let’s imagine the Earth is a ten-year old kid, but everything still occurred to it in the same relative amounts of time. If the Earth was actually born exactly ten years ago, this is how old it would be when these important things happened:
Since we blogfish are actually visual learners, here is a diagram I made to help you see the ages I am talking about.

So on the ten-year old Earth, the 81,705,396 square kilometer Atlantic Ocean was formed in just four-and-a-half months. In comparison to the age of the Earth, this amazing feat occurred rather quickly. That is something geologists always keep in mind: how long events relate to the total age of the Earth, and is another reason why seafloor spreading that looks so slow to us can actually be “superfast.”
Sincerely,
The Blogfish
PS. The crust the JOIDES Resolution is currently drilling spread at a rate 8 times faster than the Atlantic Ocean.
PPS. Here are the actual dates when those things I just mentioned occurred:

PPPS. So how do make an ocean in just four-and-a-half months? All you have to do is write a blog and pretend the Earth is ten-years old.