I Flew Into a Burning Ring of Fire

Microbiology on IODP Leg 330
What percentage of the world's seamounts are unexplored? 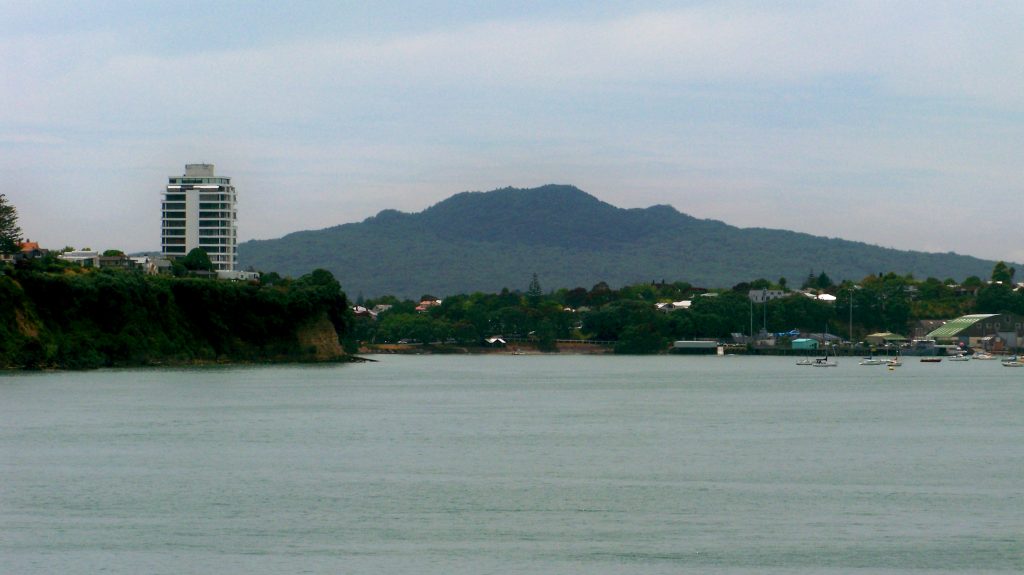 If, like me, you had just spent thirty hours traveling from the east coast of the United States to Auckland, New Zealand, then while you were riding in the shuttle from the airport to your hotel, you also may have noticed that Auckland looks like it could be a city found on the east coast of the United States  (well, except for the fact that the trees in Auckland are obviously not native to North America and also everyone is driving on the left side of the road). This almost seems plausible until you find out that Auckland has something else that no east coast US city has: 48 volcanoes within a seven-mile radius of the city center.

If, however, you had flown to Auckland from the Pacific Northwest of the United States, then having volcanoes surrounding your city would make you feel right at home. This is because New Zealand and the Pacific Northwest are both part of the Pacific Ring of Fire. The Ring of Fire is an almost continuous chain of volcanoes and earthquake activity that almost surrounds the Pacific Ocean. (It is not really a “ring” in shape; it is more like a jump rope, with one handle in New Zealand, the other in South America and the rope rimming the Pacific around the edges of Asia and North America, but not Antarctica.) There is no Atlantic Ring of Fire because there is very little volcanic activity along the edges of the Atlantic Ocean.

Being in a city full of volcanoes is a good way to start our research expedition to the Louisville seamount trail, because our objective is to collect core samples from a chain of underwater volcanoes. The underwater volcanoes of the Louisville seamount trail are completely contained within the Pacific Ring of Fire, but are actually not part of the Pacific Ring of Fire.  Will I explain how this can be? Tune into my next blog to find out!

(The attached photo was taken from the JR’s berth and shows a couple of the volcanoes in Auckland’s harbor, including their youngest volcano, Rangitoto.)