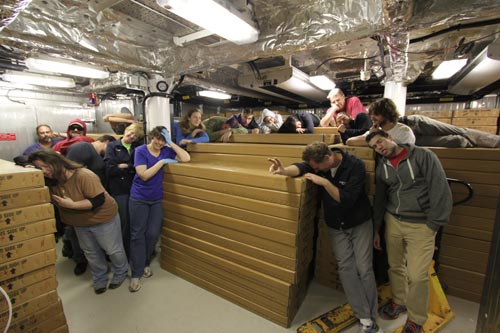 The science party and staff of Exp. 346 worked amazingly hard and collected 6,135 meters of core in just 6 weeks. Wow! That wrapped up the last expedition of the Integrated Ocean Drilling program. As of October 1, the program is now called the International Ocean Discovery Program (still IODP!) and began its next phase. The first expedition of this phase will begin at the end of January 2014 with Exp. 349: South China Sea. In the interim, the JR is in Subic Bay, Phillippines for routine maintanance.

And even though the ship is in port for a while, a lot is stilling going on.  Various scientists and staff will also be presenting tons of cool science at this year’s GSA, AGU, and Ocean Sciences conferences. Keep your eyes open for more opportunies and announcements coming soon!