In Search of Dinos

Sailing through Quarantine
Postcards from the Field 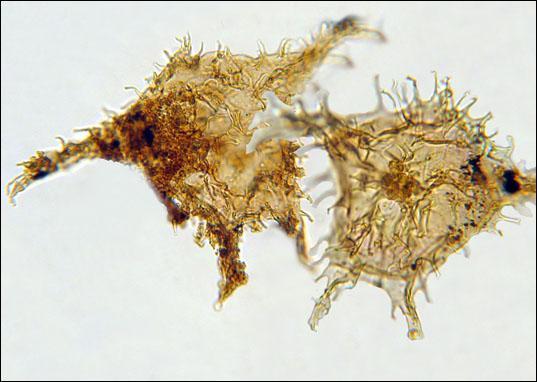 56 million years ago, Earth was a very different world. Most of Earth was covered in dense forests and all modern birds and mammals were just starting to evolve. Australia and Antarctica were connected, and North America and Europe were beginning to drift apart.

But in some ways, that Earth was very much like the Earth we’re experiencing today. A rapid increase in carbon oxide in the atmosphere lead to an extreme phase of global warming. By this time, effectively all of Earth’s ice had melted and tropical palm trees and Baobab trees were flourishing in Antarctica, Alaska, and Northern Europe.

Today, we’re experiencing a similar, albeit even more rapid, change in global climate – and this time it’s caused by us. Learning about the causes and notably the effects of previous global warming periods can help us understand and prepare for the future facing Earth today.

Expedition 396 is doing this in part by looking for dinos. Scientists aboard the JOIDES Resolution aren’t looking for T-rex bones and typical dinos that come to mind, but rather the fossils of tiny, single-celled organisms called dinoflagellates. In particular, they’re looking for species of Apectodinium. These little plankton-like organisms enjoy warm water – especially surface temps above 25 degrees Celsius (77 degrees Fahrenheit) – so finding them in sediment samples helps scientists understand what environmental changes were happening as the planet warmed.

The super-warming period 56 million years ago is called the Paleocene-Eocene Thermal Maximum, or PETM, and is often referred to as having a “hothouse climate”. Average temperatures rose during this 150,000-year period from 26 to 33 degrees Celsius (79 to 91 degrees Fahrenheit), which sparked ecological changes across the marine world. By looking at Apectodinium microfossils, scientists can get a view into what some of those ecological changes might have been like.

To study Apectodinium, scientists look for the fossilized remains of their cyst stage. In the cyst stage, Apectodinium are tiny dormant eggs, only 100 micrometers in diameter – about the thickness of a piece of paper. These survival suit cysts fall to the bottom of the ocean where they disappear in the sediment, lying as a time capsule until they become borne back to the surface as the JOIDES Resolution digs up core samples.

During many previous Ocean Drilling Program expeditions, such as ones in the Arctic, and in the southwest Pacific, scientists found an abundance of Apectodinium right at the PETM. They noticed seasonal and decadal variations in the number of microfossils, which suggests that there were yearly and centurial changes during the PETM at those locations. These findings added to similar results found in samples dug up in New Jersey during Expedition Leg 174AX

For Expedition 396, palynologists Henk Brinkhuis and Joost Frieling are on the hunt for Norwegian Apectodinium and other dino cysts. By studying such microfossils found on this Expedition in the North Atlantic, they hope to better understand the regional effects of the PETM. Their work will also help the Expedition understand links to the explosive volcanism, the source of carbon dioxide during the PETM, the timing and causes of the separation of North America and Europe, and how ocean currents and fresh water run off patterns might have changed during this time.