“Core on Deck” – The Man behind the voice
Thermal Conductivity – Mon, May 15 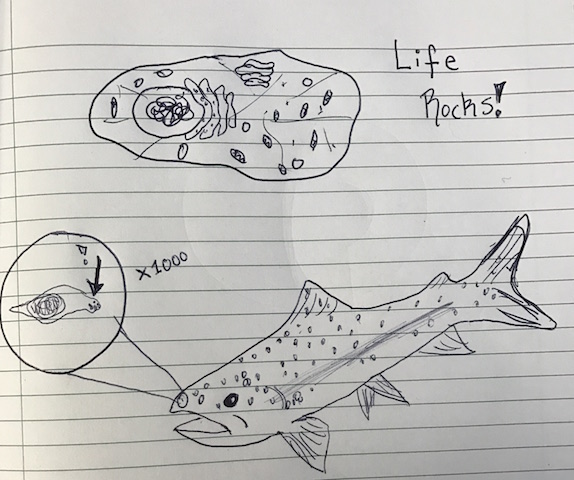 Now that I have found my purpose for understanding rocks, they help me better understand life, things are starting to click for me in my understanding of the lab work these scientists are doing. Turns out you can teach an old dog new tricks, you just need to find the right bone! Mine happens to be anything that can happen within a cell membrane. But there is another thing that intrigues me that I must understand better in the core lab – The Superconducting Rock Magnetometer! 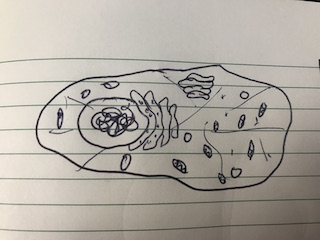 Before I get in to magnetic life I need to tell you that when I first set eyes on the Superconducting Rock Magnetometer it was love at first sight. It looks like a spaceship, it makes an constant-analysis-noise, and its has a name that conjures superheroes. What is there not to love? OK, it can be a little high maintenance at times but otherwise it is a fantastic machine with the ability to analyze the faintest signal of magnetic direction in the core sediments and rocks. This gives the Paleomagnetists valuable information about the Earth’s magnetic field at the time that the rocks were formed.

Rocks, especially igneous rocks, formed directly from cooled magma, are like compasses frozen in time. As the rock cools the magnetic materials (usually rich in iron like magnetite) will align themselves with the Earth’s magnetic field forming crystalline structures that will stay frozen until they are super heated again. To simplify this magnetic direction concept, we will get some points of reference at the equator and the poles and then we can think about the places in between. If a rock is formed today on the equator its magnetic particles will be aligned in a horizontal fashion facing north and south. If the rock is formed on the Magnetic North Pole its magnetic direction will be straight down. On the South Pole (again the magnetic one) it will be oriented straight up. But what if it was formed oh lets say around 800,000 years ago? Chances are that if you looked at the orientation of those micro-crystal magnetic minerals you would see that their orientation was reversed. This is because around that time the Earth’s Magnetic field was moving in the other direction. If you were alive then and had a compass the North Pole would be pointing to today’s South Pole! 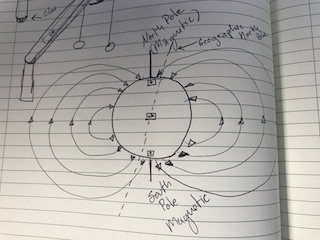 For reasons we do not completely understand Earth’s Magnetic field reverses spontaneously. This information is recorded in the rocks that cooled at the time of these reversals and gives an indication of their age. This helps scientists confirm along with the microfossil layers the age of a certain rock layers and with a little more difficulty, the sediments (due to their low magnetic susceptibility). So this remanent magnetic direction the Superconducting Rock Magnetometer measures but how it measures it is its own blog post which I hope I will be able to break down enough for myself in order to explain to you.

Now for life, and why I really care!  A strange phenomena that has been observed for centuries about life is that it has this mysterious way of navigating to resources, migrating birds, insects, fish, and even bacteria have this ability to understand direction instinctively and orient themselves along an invisible axis. Cows and other grazing animals around the world, for example, will typically graze facing in a north/south direction.  It has been suspected since the compass was invented and the Earth’s magnetic fields discovered that animals must have some sense of it. It is a curious thing yet very little has been understood until recently about the exact physiology of this ability of certain organisms to perceive and utilize the magnetic fields of the Earth, coined magneto-perception.

The only organism for a long time whose perception of magnetic fields has been well understood are magnetotactic bacteria. These bacteria have small clusters of magnetite rich minerals enclosed in membranes called magnetosomes. These magnetosomes are believed to help them orient themselves and “know” which way is up when they are cruising around in mud. There has been a lot of speculation of how larger animals perceive the magnetic fields of Earth but without actually finding the cells and then understanding the physiological structures and pathways the signal travels through we do not understand well how the perception is occurring. There have been magnetite concentrations found in the beaks of birds, and snouts of trout, but how do you actually find the cells that are magnetic in large organism with millions if not tens of trillions of cells. Well it is about how you might imagine grind them up and put a magnet around them and see if the cells react. A group of scientists in Aukland New Zealand did exactly that with a trout snout and were able to find cells that slowly rotated along with a magnet and identified them as the sensory cells for a trouts magneto-perception. If you are not excited yet, you haven’t been paying attention! Other life forms on this planet can sense the magnetic field because they are repurposing minerals that are dissolved from rocks! You can read more about it here. 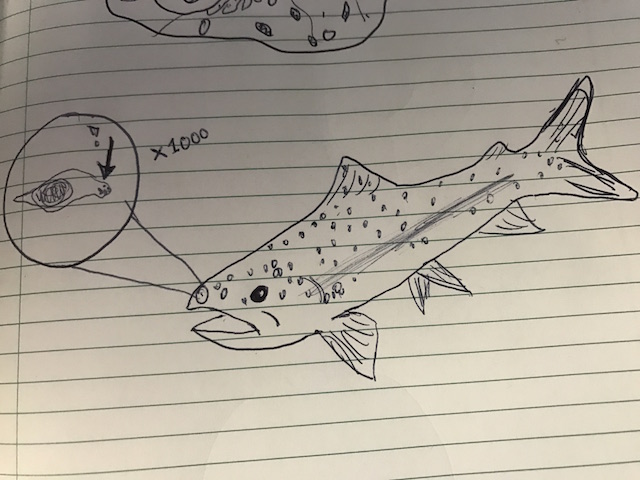