It’s deja vu all over again 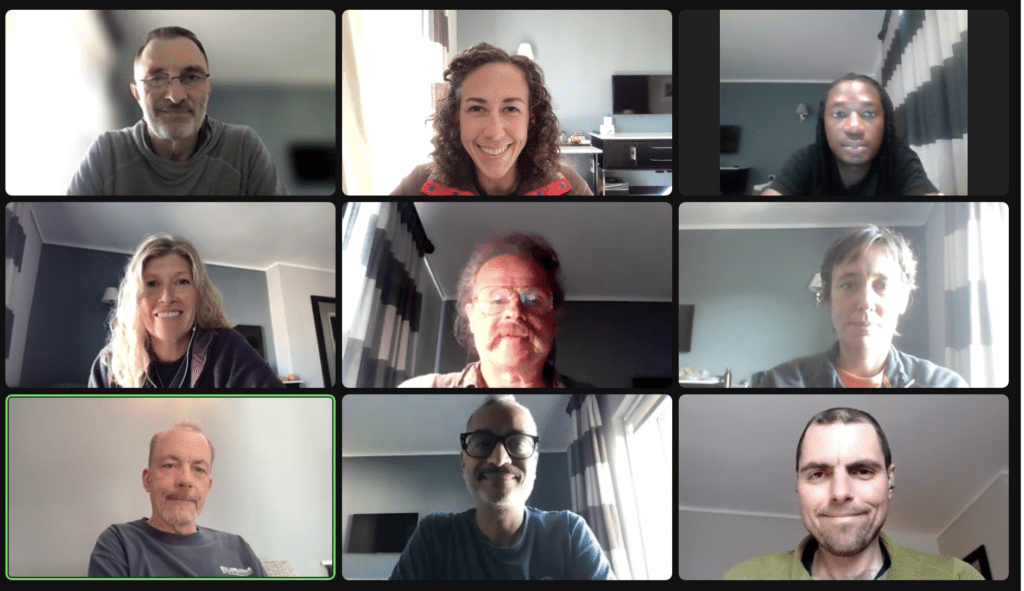 Given the history, some might say that Expedition 391 to the Walvis Ridge was cursed. It was conceived years before the COVID-19 pandemic, scheduled for December of 2020. Once the pandemic hit, first the science party was reduced, then the entire expedition was postponed. We finally sailed a year later, only to be sent back into port to mitigate an outbreak of the wretched virus on board. We spent two and a half weeks chained to the dock, trying to figure out what to do. Could the expedition be salvaged after losing so much time? Should we just give up and go home, to avoid the risk of wasting another month in quarantine limbo?

Eventually enough of the crew recovered to resume the expedition, though with a critical hit to the operational plan. What was supposed to be a perfectly delineated mission to collect cores at six crucial locations soon became a frenzied rush to get whatever we could. That isn’t to say that the cores we did recover at four sites weren’t valuable to our scientific aims, but it left us unsatisfied, knowing that we would disembark with more questions than answers.

Given the history, some might say that Expedition 391 to the Walvis Ridge is the cat with nine lives. After the initial postponement, it still sailed. Despite the loss of two and a half weeks of operational time, we still recovered over a kilometer of core. And now, we get another chance. Expedition 397T will return to the Walvis Ridge. 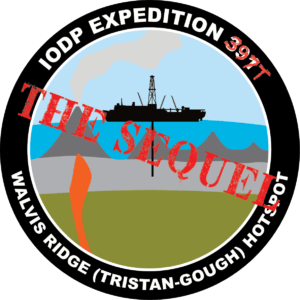 Not a science cruise per se, the main objective of Expedition 397T is to transit the JOIDES Resolution from Cape Town to Lisbon, to begin a series of investigations in the north Atlantic. But with a chance to again sail over the Walvis Ridge, it was impossible to deny Expedition 391 scientists another go.

The nine scientists sailing on the transit are united by a single passion: the need to see the science through. “If we’re curious,” says Dr. Mike Widdowson (volcanologist, University of Hull), “and we should be as scientists, then how can we resist continuing that exploration?”

Co-Chief Dr. Will Sager (geophysicist, University of Houston) began planning this expedition fifteen years ago, and is ready to finally get the answers he has been seeking across his career. According to him, “Usually in the world of research cruises, you don’t get a second shot. I am happy that we have the opportunity add to the data that we already got.”

For Dr. Claire Carvallo (paleomagnetist, Sorbonne University), who has now sailed five times, it’s not just about this project, but research on the JOIDES Resolution as a whole. In the fiercely competitive climate of modern science, “IODP expeditions can be seen as a model of scientific research: it is all about cooperation, helping each other, working together to achieve a greater goal… I find it hard to keep the motivation sometimes, but being part of an expedition reconciliates myself with that aspect of science that is the reason why I’m doing this job.”

Expedition 397T is also a new beginning for some. Dr. Rajneesh Bhutani (geochemist, Pondicherry University) and Dr. Daniel Heaton (geochronologist, Oregon State University) were unable to sail on the original expedition, but are thrilled to be part of the new team. In the words of Daniel, “sailing on 397T is a great opportunity to contribute to the science being done on the ship and describe the material being drilled.”

Science is lucky to have a team of such devoted investigators. Dr. Wendy Nelson (petrologist, Towson University) was not originally planning to join the new expedition, but “got too excited about the science.” As the start of the expedition draws near, she is feeling “terribly curious about the rocks we’re going to get.”

Everyone on this expedition is looking forward to closing the book after this final chapter. As stated so well by our intrepid co-chief, “It’s time to drive a stake through the heart of this thing and get it done.”