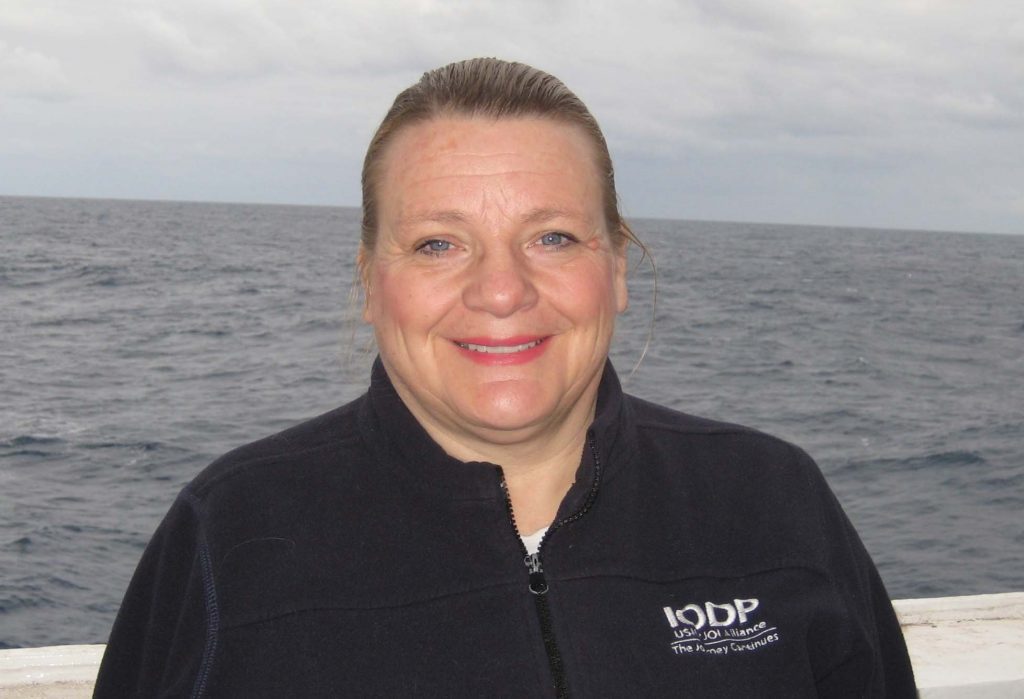 The DSI or Dipole Sonic Imager probe is filled with transducers and transceivers. The transducers send out sound waves and the transceivers measure how long it takes for the wave to come back. This tells scientists something about the properties of the rock surrounding the hole.