Maldives Monsoon and Sea Level, but what is the monsoon? 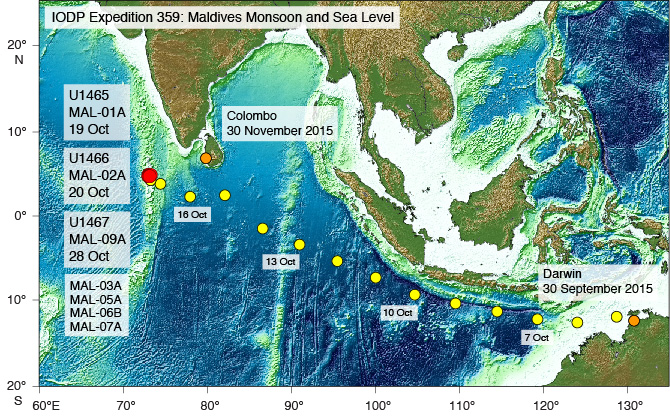 What is the monsoon?

And especially the Indian Ocean and South Asia.

During 6 months, from April to September, the hot, humid southwest winds blow from the sea to the land;

And northeast winds, softer and dry, from the continent to the sea from October to March.

In summer the land heats faster than ocean water, the hot air rises above the land creating a low pressure area and establishing a “call” of air charged with moisture from the sea to the earth. In India the Himalayas plays the role of a barrier causing the air to rise above this relief in so doing it cools and condenses causing abundant precipitation.

From October onwards, with temperatures decreasing, the land cools faster than the waters of the ocean and the phenomenon is reversed.

The Indian Ocean due to its Asian continental closure around 20 ° North latitude thus undergoes twice a year a reversal of the winds which establishes the monsoon regime.

As it is in the tropics, the Coriolis force (due to the rotation of the Earth on itself) is weak and oceanic circulation responds faster to winds and is also reversed twice a year.

Thanks to the students of Bucharest (Romania), Manila (Philippines), Amiens, Rouen and Montbeliard (France) for their questions!

Monsoon is a seasonal reversing wind. The 2 major monsoon systems are in Africa and Asia-Australia.

During 6 months, since april till september, SW winds from the sea to the land

And between october and march from NE, from the land to the ocean. 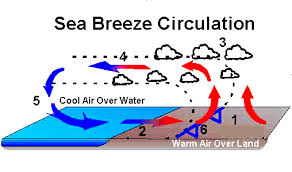 During the summer, the wind is blowing and the wind blows.

In India Himalayas, like a barrier, and the air has a rise in the
mountains, its temperature drops and precipitations occur.

In october temperatures lowering, the continent cools faster than ocean water so the system is reversed.

This causes the air to flow to the ocean.