Myrmidons! Or, “Hooks and the people that use them.”

Jason takes a day off due to rough weather
Myrmidons! Or, "Hooks and the people that use them." 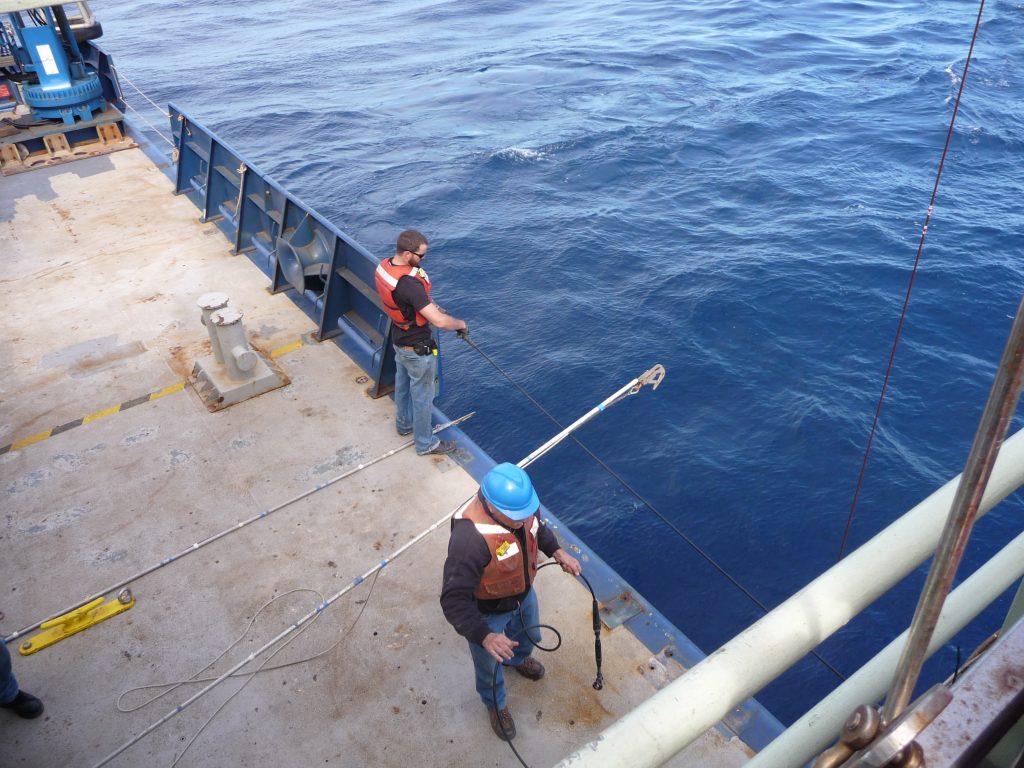 "Here Hector entered with a spear eleven cubits long in his hand; the bronze point gleamed in front of him…" Homer – The Iliad.

Hector had his spear, Perseus had his shield, Odysseus had his bow. What is the weapon of choice on the Atlantis?Well, it depends on the job, of course. Should the job include retrieving equipment returning from the ocean deep and controlling it as it is raised with a crane, a hook with a rope attached to a pole will do. Call it whatever you wish – mooring hook, grab hook pole or "transponder pole," the latter being what many members of the Atlantis call them – these hooks have a simple but important role.  Members of the crew will lean out over the deck to hook an object. Once grabbed, the pole detaches from the hook, leaving the hook tied to a rope behind. The pole is transferred to another crewman for safe keeping, and the rope is pulled tight via a winch. This in combination with a crane allows for the safe and secure retrieval of the object – often containing tools worth thousands of dollars and priceless data.