LIVE Aboard the JR: Hello California and Florida!
Stratovolcanoes: Just Our Type 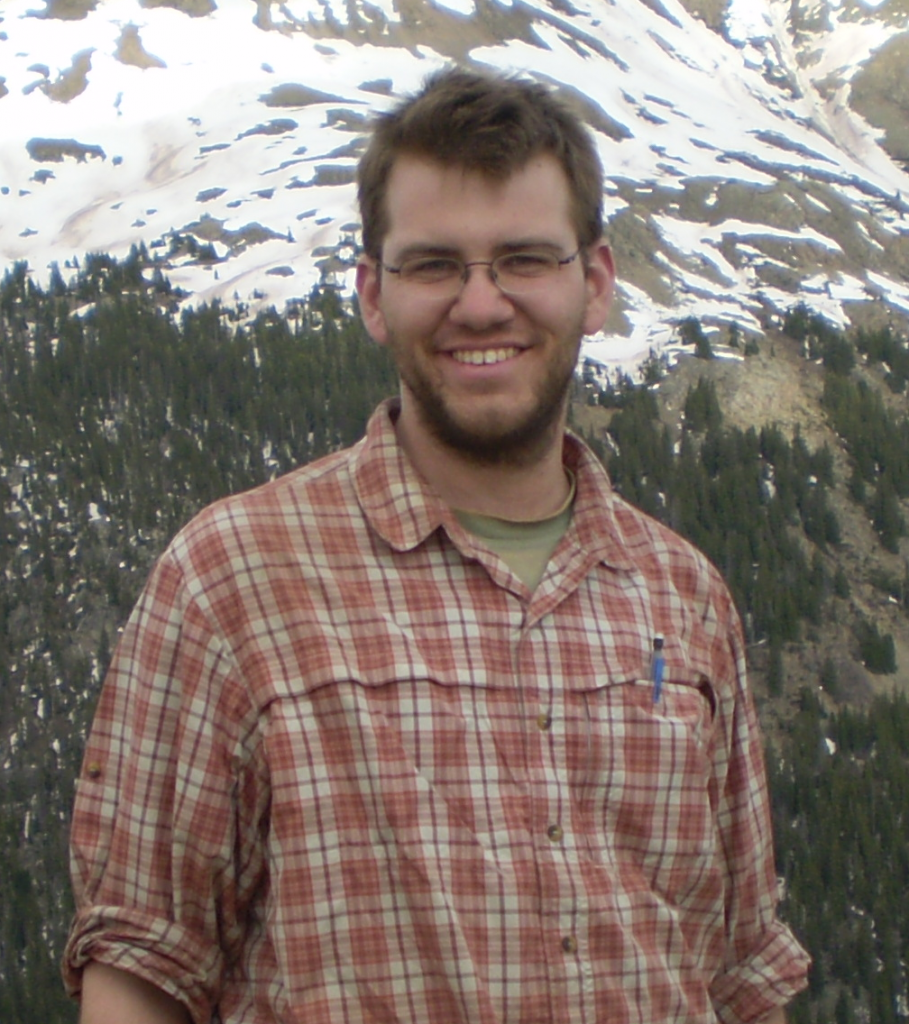 I'm a PhD candidate from UMass, where I study Micropaleontology and Paleoceanography. I'm really interested in figuring out how the ocean-climate system affect evolution, and to do this I'm learning all I can about one of the best fossil records we have– forams.

I’m the other half of the paleontologists on Mike’s shift. I study planktic forams. These little guys float in the water, and survive either mostly by eating other plankton or by using photosymbionts. In this symbiotic relationship the photosymbionts do the photosynthesis, like a plant, and feed the forams, while the forams offer them (the photosynthesizers) some protection. Works out well for both of them.

Here’s a picture of one of the forams that I do research on. It’s much older than the one’s we’re seeing in these cores, but it does give you an idea of what they look like. If you look at the top of the right view, you can see a little hint of the dissolution/dissolving/etching that Debbie was talking about (https://joidesresolution.org//node/2431). It kinda looks like a bald patch on the back of its ‘head'

The reason that I’m on the boat is so that I can provide the rest of the science team with an age for the rocks they’re looking at. For this, we do what’s called ‘biostratigraphy’. I sit at a microscope (for 12 hours in a row!) and identify the different types of forams. Different species lived at different times. It’s kind of like looking at dinosaurs. If we were drilling, and saw dinosaur bones, then we could say that the sediment that we’re pulling up is older than 65 million years, because the dinosaurs died out then. But if we pulled up a mammoth bone, then it’d be only a few million years old. Those are kind of wide estimates, so forams let us really identify smaller windows of geologic time.

I’m not the only ‘age-guy’ on the boat. There’s another planktic foram person, a person who studies fossils even smaller than mine (nanno-plankton!), and then there are two paleomagnetists.

Stay tuned as we introduce, Nano-Man, the final member of the team of four in the PaleoLab