Off to Explore the Past!

Core description on land vs. core description at sea
Who is the most important person on the ship? The 'Camp Boss' Tim Proctor with his team ensure we are well looked after. 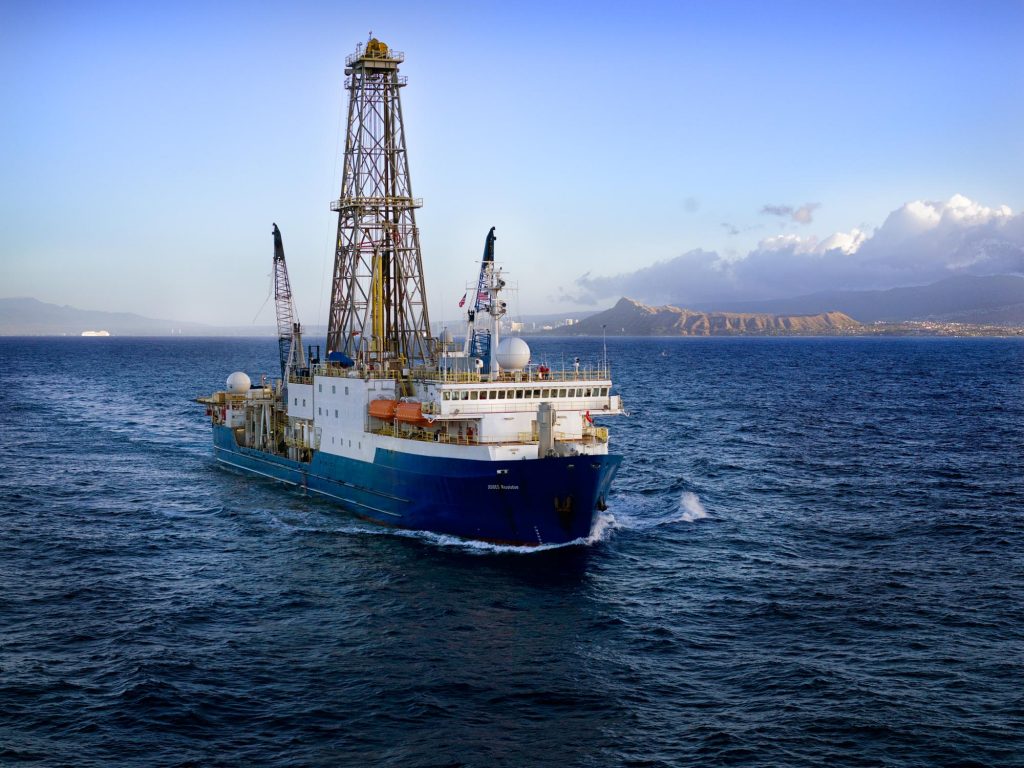 At first light the crew of the JOIDES Resolution were busy with the
final preparations for our voyage from Singapore to Guam. At 7.00 am, right on time, the  JOIDES Resolution pulled quietly out of Singapore. The scientists aboard, and those crewmembers that were not on their work shift, were on deck to watch. 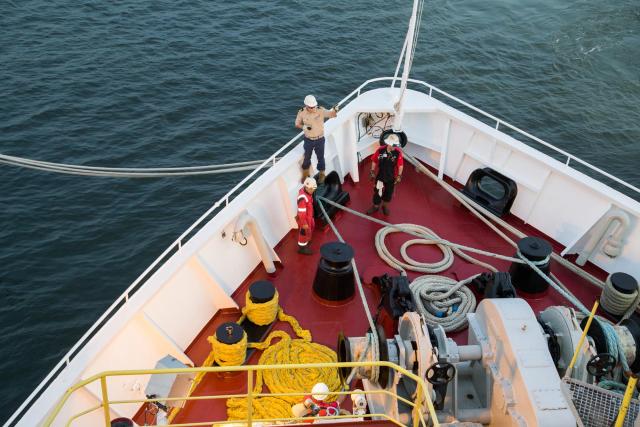 For the previous five days the crew have been industriously moving endless crates and boxes in and out of the hold of the ship. The ship has been prepared for 2 months at sea and has consequently taken on about 3,000,000 liters of diesel – this amount does not even fill the enormous fuel tanks.

We are on course to the north west coast of Australia where we hope to arrive on Sunday evening. Here we will be drilling at two sites where we will be taking cores of sediment from beneath the ocean floor. Then the fun starts as their analysis begins.