From site U1459C we have a core that shouldn't be
Oh, for Chert's Sake! 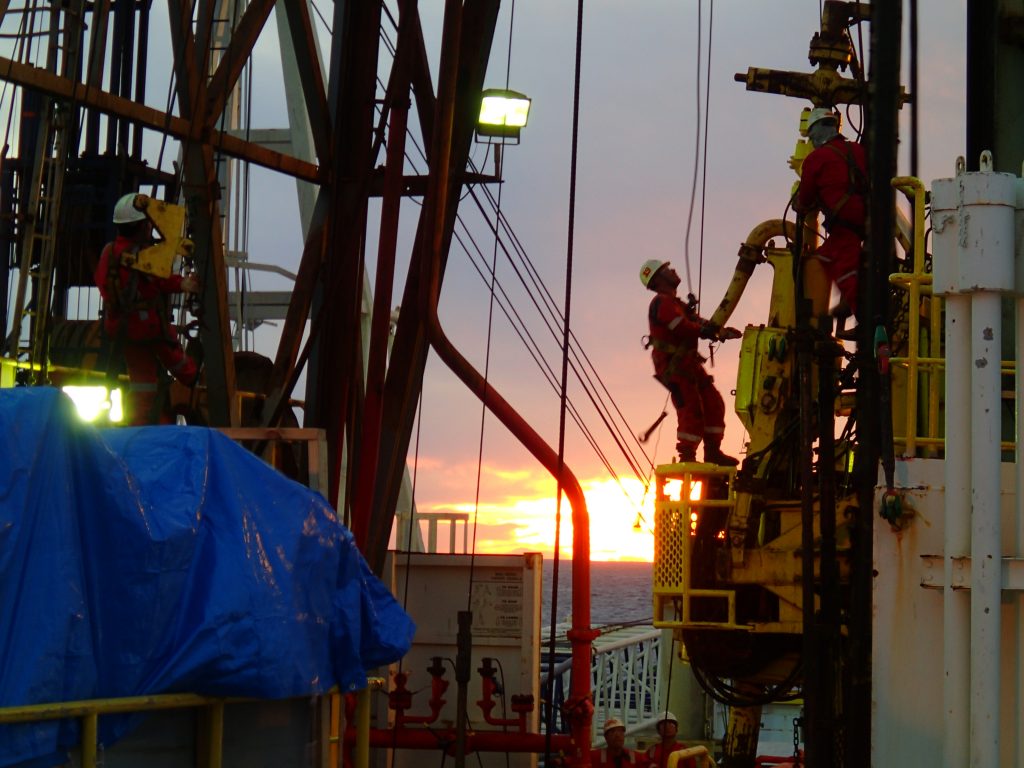 For those of you wondering, “what in the world is chert?!?!” stick around or click on the link to become enchanted with the wonderful world of geology!

All that’s left to do for this site is:

If you have been following our Twitter posts, you probably know about our latest addition of coring an extra 70 m below our original depth of 330 mbsf (meters below sea floor). This was exciting news considering there was a possibility of hitting the Cretaceous somewhere in the bonus meters.

Sadly, we didn’t reach the Cretaceous period this time, but that’s okay. 🙂 We have plenty of other interesting core samples to analyze!

A few days ago, the core deck and labs were full of cores from Hole U1459B. Cores were coming in left and right, and the scientists barely had enough time for even a bathroom break. Silly me was expecting the same rate of cores coming in from U1459C with the same type of soft sediment. In reality, the flow of soft and fully filled core liners, were replaced with smaller cores filled with… CHERT! (and other hard things)
So what is chert?

So far, the scientists seem to be split in 2 groups: the chert enthusiasts and the chert tolerators. Some of the sedimentologists definitely seem interested in this new layer, but the paleontologists are bored of chert that is almost impossible to break down and analyze for microfossils. How do you feel about chert? Tell us all about your love (or hate) for chert in the comments below!:)