The International Ocean Discovery Program (IODP) Expedition 371: Tasman Sea Frontier (https://iodp.tamu.edu/scienceops/expeditions/tasman_frontier_subduction_climate.html) will drill below the sea floor to recover sediments deposited on the newly named 8th continent of the world called Zealandia. The expedition will take place on the JOIDES Resolution (JR), which is a large drilling ship specially constructed to obtain continuous sedimentary cores. 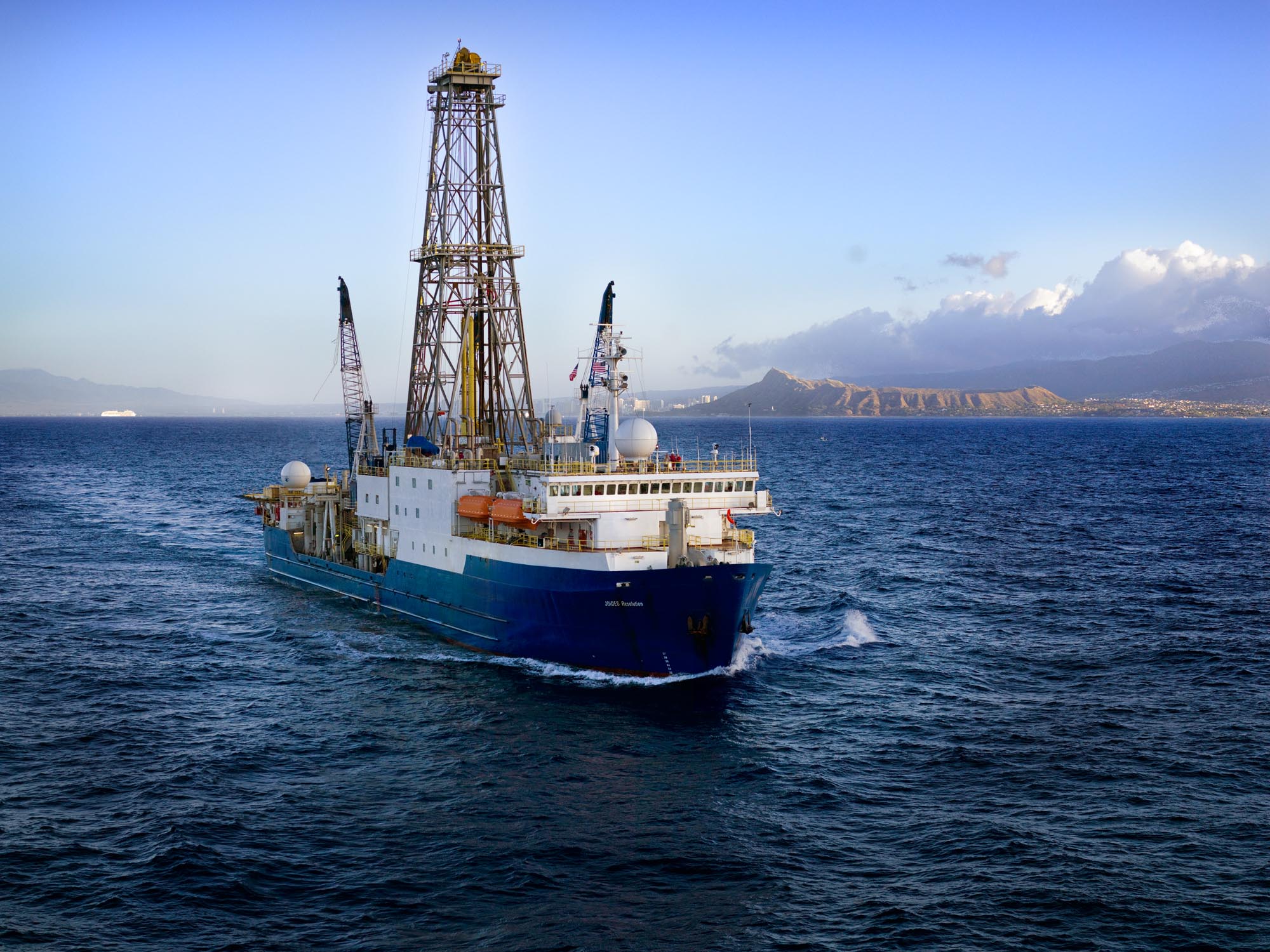 Figure 1. This is picture of the JOIDES Resolution the coast of Hawaii.  Photo is from IODP.

The expedition has a number of goals that can be summed up in three general areas of study.

For this expedition, the IODP drilling ship, the JOIDES Resolution, will set sail from Townsville, Australia, to drill five different sites over Zealandia and one site between Zealandia and Australia. 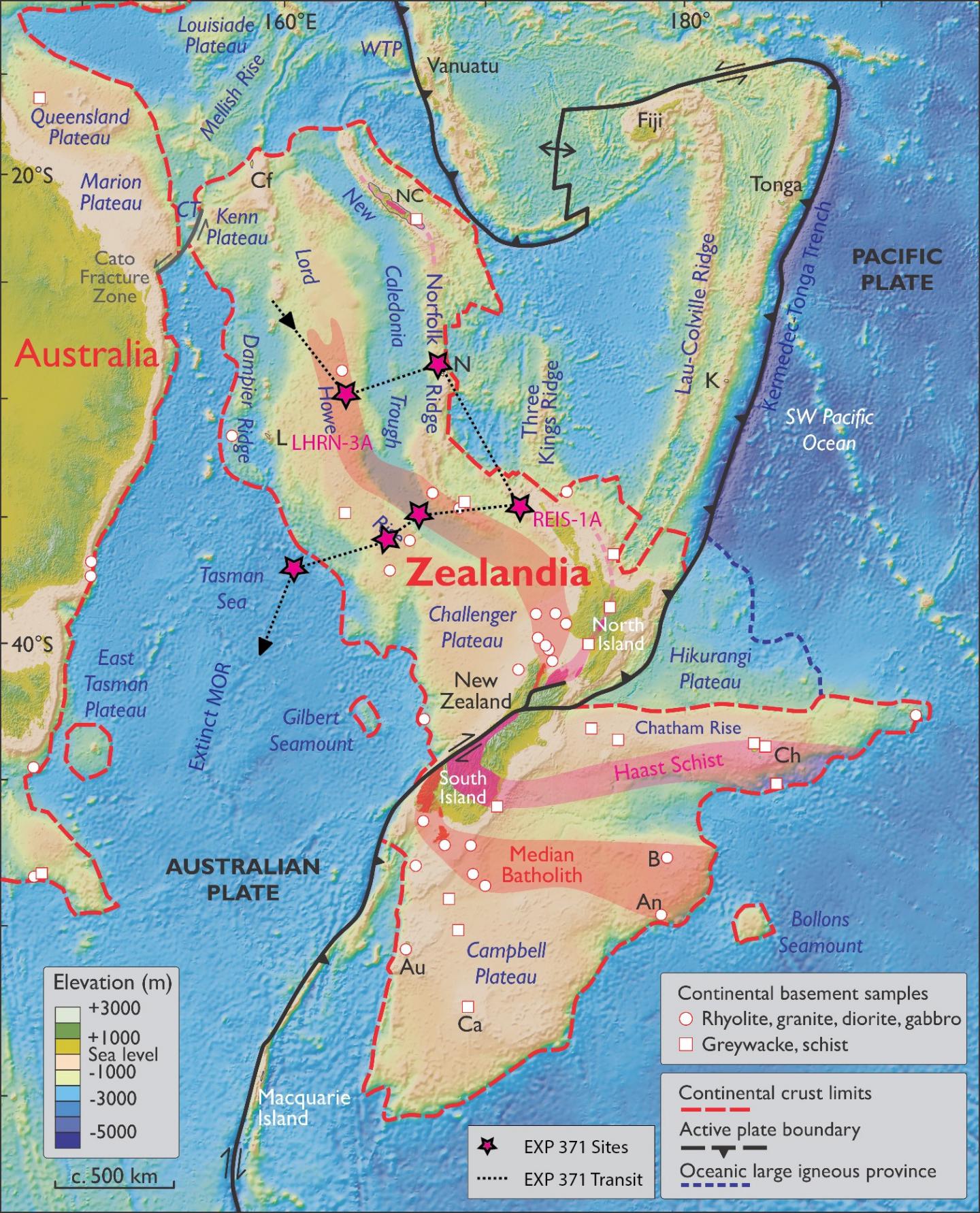 Figure 2. Base map showing the newly named continent called Zealandia (outlined in red dashed line).  Also shown are the proposed drill sites for IODP Expedition 371 (red stars).  We will be leaving from the city of Townsville (Northeastern Australia) and return on September 26 to the town of Hobart located in Tasmania.

There will be 30 scientists representing 12 countries on this expedition. In addition, for this expedition, a teacher from Australia and a videographer will join the science crew for the purpose of bringing live video conferencing to schools around the world as well as making short documentaries during the expedition. About 70 crew members and drillers will make up the rest of the compliment of people on the ship.

The science will run 24-hours a day, with the scientists being split into two shifts of 15 scientists each. I am on the midnight to noon shift. While that may sound a bit rough, actually when I wake up at 11 pm local time, it will be 9 am EDT in NYC. So I will be on the same time schedule as my hometown.

There will be scientists with expertise in just about every technique in examining sedimentary cores. Here is the list of the scientists on Ex 371. (https://iodp.tamu.edu/scienceops/precruise/tasman/participants.html)

“To boldly drill where no drilling bit has gone before”!

What is so special about being a scientist on the JR is that all the data collected by the 30 scientists while on the ship is SHARED with the other scientists. This is because we are all working together to explore and discover what secrets the sediments and fossils can tell us about past climate and tectonic changes. So it is the opposite of reality TV shows that bombard us all the time. On reality TV shows, the participants compete with each other, while on the JR the scientists cooperate to figure out cool science. Instead of Reality TV where contestants try to beat or win over each other, we share our results to work together in making new discoveries. It is indeed like being on the Starship Enterprise where we all work toward a common goal of scientific discovery as we drill in places that no one has drilled before.

The eight-week plus expedition will recover sedimentary archives of climate change as old as 60 million years ago. This will be accomplished by extending its drilling pipe from 5,000 feet (~1,500 meters) to over 13,000 feet (4,000 meters plus) of water to the sea floor and then drill down recovering sediments up to 3,000 feet (900 meters) below the sea floor. The older sediments were deposited during a time when the Earth was much warmer than today. In fact, Antarctica was mainly ice free and covered by lush forests during this time.

In my next blog, I will talk about in more detail about the science and goals of the expedition.

Author:
Stephen Pekar
About:
Stephen Pekar, a geology professor at Queens College, has been investigating past climate and oceanographic changes during times (16- 45 million years ago) when CO2 was as high as what is predicted for this century (500-1000 ppm). As CO2 is rising rapidly today, which is predicted to be like putting our climate on a “hot plate”, exploring these times for him is like “Looking Back to Our Future”. To investigate climate change of the past, he looks at sediments, microfossil, and geochemical data obtained from cores obtained from near-shore to deep-sea locations ranging from the tropics to Antarctica. His research has taken him on expeditions around the world, including four to Antarctica, one of which he was project leader. Professor Pekar is a Queens native, growing up in the Rockaways and attending Queens College, first as a 20th century music composition major, but ended up studying Geology and getting his PhD at Rutgers University and doing a Post Doctoral Research at Columbia University. He is enthralled and in love with exploring and discovering new places, cultures, and ideas. He has traveled to all seven continents (soon to be eight!) and has explored over 50 countries, working in six of them ranging from archeology in France, grape picking in Germany, movie extra in China, to house pianist in a restaurant in Israel. His favorite place has been Antarctica, as it is the most remote place on Earth and for him going there to conduct research is like going to another planet and exploring undiscovered country.
More articles by: Stephen Pekar