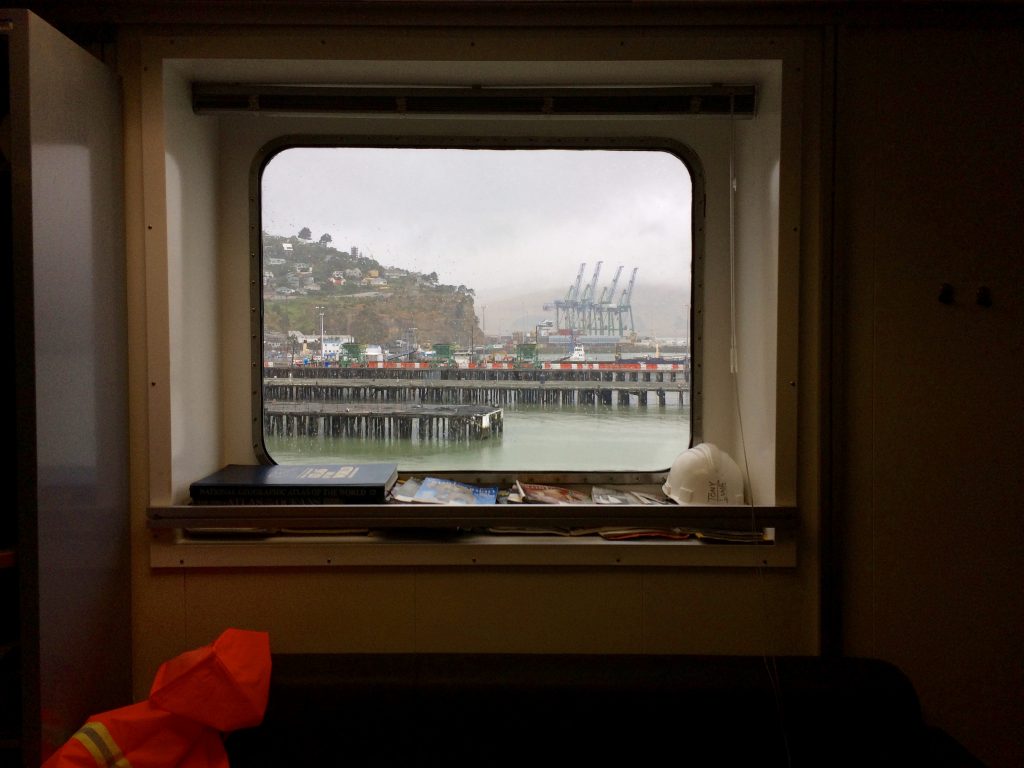 Kia Ora from Lyttelton! I’m thrilled to be one of three onboard education and outreach officers for Expedition 374: Ross Sea West Antarctic Ice Sheet History who will be blogging throughout our nine week journey. My name is Kim Kenny and my communication colleagues are Rosa Hughes-Currie and Agnès Pointu. The expedition is led by co-chiefs Laura De Santis and Rob McKay. View the full team here.

Christchurch is a city of 350,000 on the east coast of New Zealand’s South Island. It is still recovering from the 2011 magnitude 6 earthquake that killed 185 people and caused serious damage. Wide walls make good canvases for graffiti and the city center’s historic cathedral awaits repairs. Swanky bars and cafes and shops dot the main streets. The science party spent Thursday there and left for Lyttelton this morning. 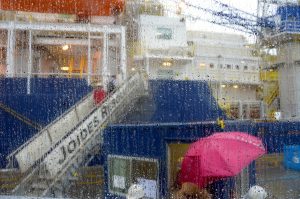 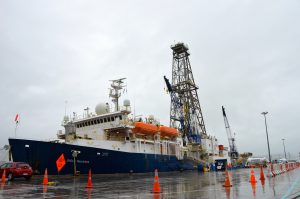 Lyttelton is a harbor town 20min drive from Christchurch. We viewed the JOIDES Resolution from bus windows in the rain. Today we moved into our cabins, listened to introductory presentations, safety briefings, and took tours of the ship. The next few days will be spent refueling the ship and gaining more orientation. Mornings are generally for presentations and the afternoons are free for us to explore. 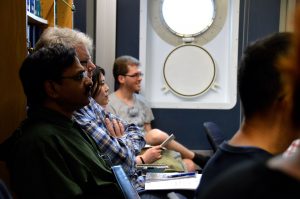 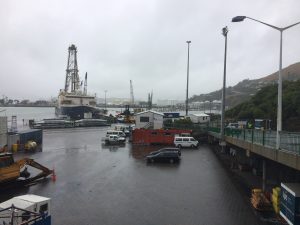 After preparations are finished, it’ll be about a six day transit down the coast of New Zealand through the Southern Ocean to meet up with our icebreaker escort, the Nathaniel B. Palmer. Then it will take another approximately two days to our destination: the Ross Sea in Antarctica.

Coldest, windiest, driest, highest – Antarctica is a continent of superlatives that has bested man for centuries. Unlike the Arctic, there is no indigenous population. For now only scientists are allowed, and they are scattered along the edges of the continent in small research stations, the largest of which is the American research base called McMurdo. Our expedition will stay on the ship and at sea the whole time.

It is divided into two main sections: the larger East Antarctic Ice Sheet, and the smaller, less stable West Antarctic Ice Sheet (WAIS) – this second one is what we’re interested in. They are divided by a mountain range called the Transantarctic Mountains. Antarctic tourists mainly visit the Antarctic Peninsula, an arm that stretches toward South America and the Drake Passage. 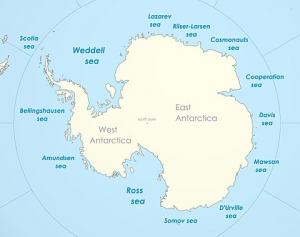 We’re going to the part of the WAIS that includes Antarctica’s largest ice shelf: the Ross Ice Shelf. This shelf has played and will continue to play an important role in WAIS mass balance. This is important because it tells us more about the WAIS’s possible collapse, which could result in meters of sea level rise; gives clues about the history of the region; and helps us better understand Antarctica as a whole.

We will core six sites, four on the continental shelf and two on the continental slope, under 490 to 2400 meters of water. Expedition 374 scientists will use these cores to look back in time about 20 million years ago to the Neogene Period, which has subdivisions called the Miocene and Pliocene epochs, up to the modern Quaternary Period.

Imagine watching a 20 million year drama unfold in a single cylinder of mud. By drilling hundreds of meters beneath the seafloor to pull up sediment cores, the scientists of Expedition 374 will investigate the geologic dramas of Antarctica. They will try to understand how the WAIS evolved with climatic and oceanic change, and what clues that can provide to a changing WAIS today.

Thinking about geologic time is always a humbling exercise to me. The earth’s continents were busy shifting about, the north and south pole were reversing, the globe became a ball of snow, only later did animals show up, and all of human history is just a blip. 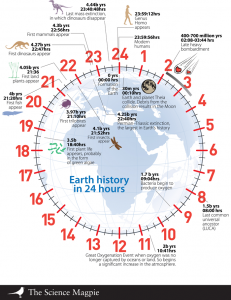 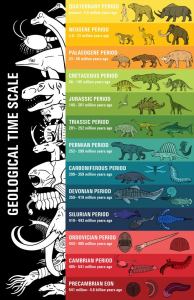 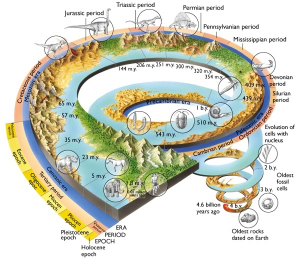 This will be my second time to Antarctica. The first was during a study abroad program with the American Universities International Program (AUIP) in 2011 to the Antarctic Peninsula. Our group of 17 students spent about two weeks aboard the Akademik Ioffe as part of a semester-long course. It gave me foundational knowledge about Antarctica that I hope will help in the months to come.

I’ve been on two other research cruises, aboard the Research Vessel Sikuliaq in the Beaufort and Chukchi Seas of the Arctic. Scientists from Oregon State University and the Virginia Institute of Marine Science looked generally at primary productivity and nitrogen fixation in the late summer season.

That work is very different from the type that will be done on the JOIDES Resolution. I’m fascinated by the coring process that will take place in the coming months, that it’s even possible to drill thousands of meters below the sea surface and extract precious pieces of geologic history. I’m impressed by the sheer size of the ship and the international nature of scientific collaboration onboard.

Our two co-chiefs, Robert McKay and Laura De Santis, are from New Zealand and Italy respectively. Other scientists that make up the 31-person science team are from Japan, China, the United States, France, Brazil, Germany, the United Kingdom, South Korea, Norway, the Netherlands, and India, and they cover topics from sedimentology to inorganic geochemistry to paleomagnetism. The diversity of scientists and scientific objectives will enrich knowledge exchange.

I see sharing the important, publicly funded work of these scientists in a remote environment like Antarctica as a privilege and an opportunity of a lifetime. As we adjust to a changing climate, engaging the world in meaningful science is more important than ever. I’m looking forward to getting to know the EXP 374 team on the JOIDES Resolution and doing my part to share their stories and science.