School of Rock: The Broad Geologic Setting of the Cascadia Subduction Zone 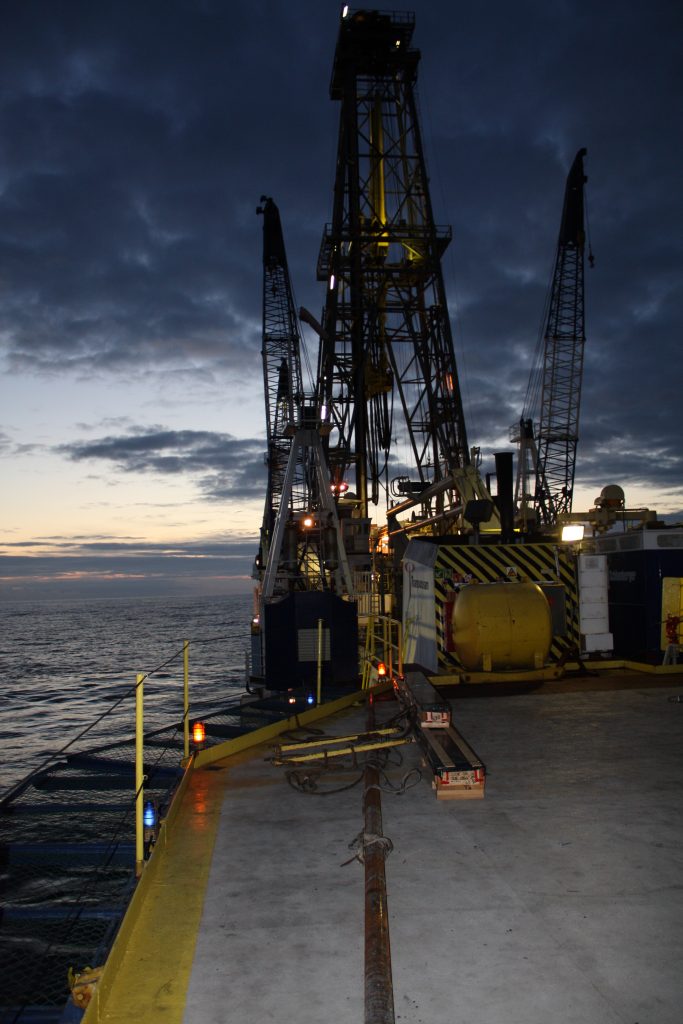 The interdisciplinary array of things we have learned in such a short time has most of us nearing overload. We have delved into areas of geology, engineering, sedimentology, paleontology, biology, hydrogeology, history of science, physics and chemistry. We’ve learned how to make really good photographs, movies, audio files, and blogs. We have all had to marshal all of the information into some type of organized whole. We have learned from the experts and from each other. Best practices from one move to the whole. And like with the scientists prior to the sailing, there is a great deal of cross-fertilization and interaction. New ideas emerge. But this process may be a bit too convoluted to accurately describe so this piece is just going to be an item from a list of major topics considered since we have gotten here. The list is not exhaustive and items will not be presented in any particular order. The items will not be presented in all of their complexity but enough to give a flavor for the topic. So what have we learned about the setting we are drilling into?

We have learned about the geologic setting of the Pacific Northwest from Earl Davis, who, if there is a single person responsible for this expedition, is the head. He refers to this part of the world as an earth scientist’s playground.   It is a place where most of what goes on with plate tectonics can be had within a days sail and a day trip on the terrestrial side. There is the Juan de Fuca spreading center where new crust is being formed and the Cascadia subduction zone where it is being destroyed. The motion between the two plate boundaries and the fact that the cool heavy one is descending, scrapes ocean floor sediments off the plate descending much like you might scrape mud off a boot. The motion is smooth in some places and, at least for the short term, stopped where the plate boundary locks from friction. Eventually the motion piles up the sediments from the sea floor into an accretionary wedge, which is deformed and piled higher as it reaches the backstop provided by the continent. The oceanic plate material continues to descend beneath the continent where it gives up some of its water and heat to the continental rocks above, melting some of them to form the Cascade Range volcanoes. Most subduction zones have a deep trench associated with them but this one tends not be a bathymetric depression due to the thickness of the sediments being delivered from the abyssal plain offshore and particularly the continent, which here underwent multiple glaciations.