Science on board – Boo! We have a Ghost on the JR

Don’t worry I don’t want to scare you at all,  but I was surprised when in the white board on the core lab I saw the letter G next to the core number 61 (usually should be a letter R because we are using a RCB coring system), in the meantime our expedition project manager Adam Klaus was saying “we have a Ghost core!” And here we are:  I asked  Adam Klaus to explain us what a Ghost core is. Anyway, what ever it is I really like this name! 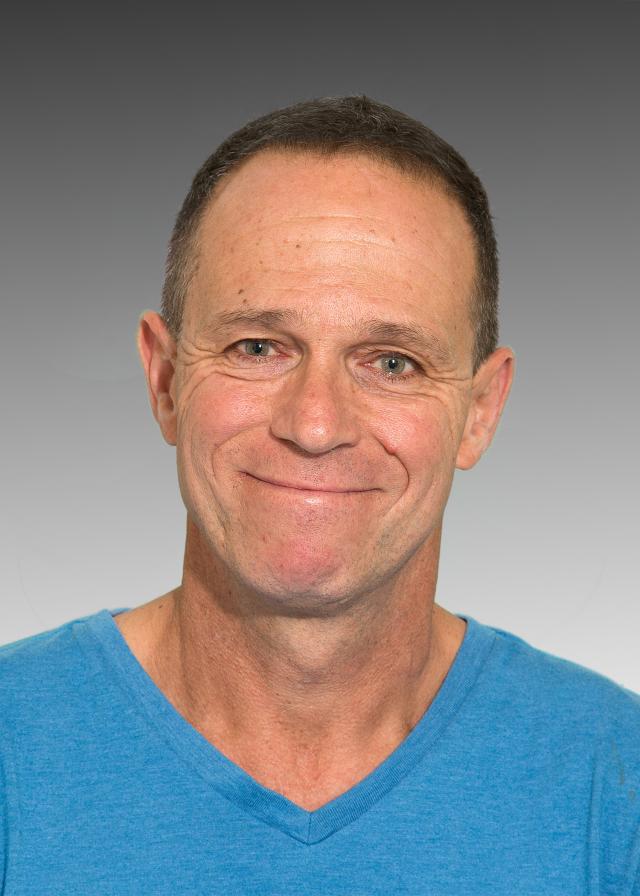 Ghost core What’s that? It’s actually very simple… A “Ghost Core” is simply any material recovered from a previously penetrated interval. We had a core barrel in place from around 1066 m to the bottom of the already cored hole at around 1415m. The core barrel was primarily in place so that the bit wouldn’t get jammed up like it did before and we could start coring instead of having to trip out again! When we retrieved that core barrel so we could start coring ahead below around 1415 m, it came back with around 80 cm of an assortment of rocks. 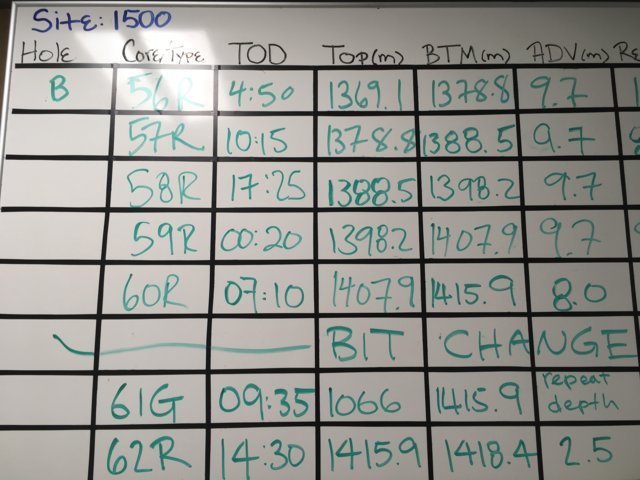 So, instead of R for RCB , it has a G cor Ghost Core – it is in the database as Core U1500B-61G which came from 1066.0 – to 1415.9 m. Although sometimes (or mote often) being poorly constrained in the depth it came from, these can be quite – to extremely – valuable for science. Rather than waiting to figure that out, we ALWAYS archive and figure that out later! For example Hess Deep Expedition 345 recovered 19.8 m of ghost core – all of the “regular” core of that expedition was 55.17 m.  The ghost core material actually provided significant science – some of which provided the basis for a postcruise Nature paper. Similar things happened during coring in the oceanic crust at Hole 1256D and during expedition 360. 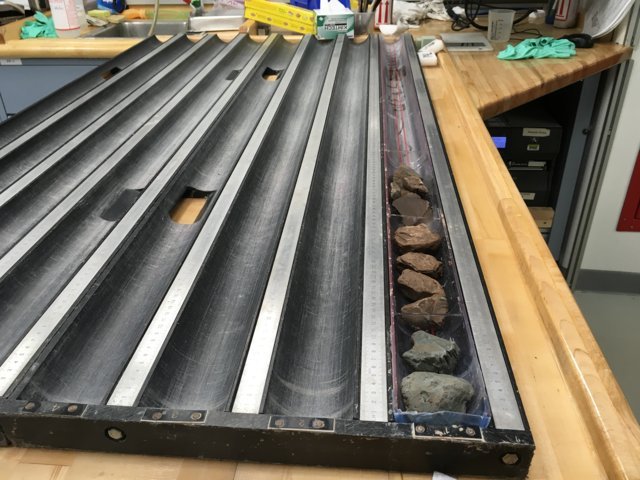 (Our Ghost core in the sample table)

Although our first SCS ghost core is likely not like those (although we should take a look and give it a brief description), Ghost core can also provide materials that can be used for other high-prioriy purposes (such as education and outreach) without taking away from science – or I was hoping it would come back full so we could use it for start of expedition training and testing for scientists (fro which we need whole-round and split sections)
We also have “wash” cores. If when we first were drilling down without coring in Hole U1500A, the core barrel came back with core in it – that would have had the designation Core U1500A – 1W (from 0 to 378.2) 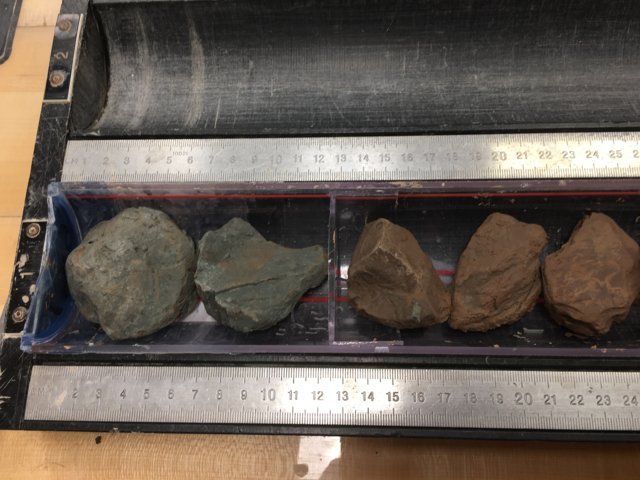 (A closer look at our ghost core)