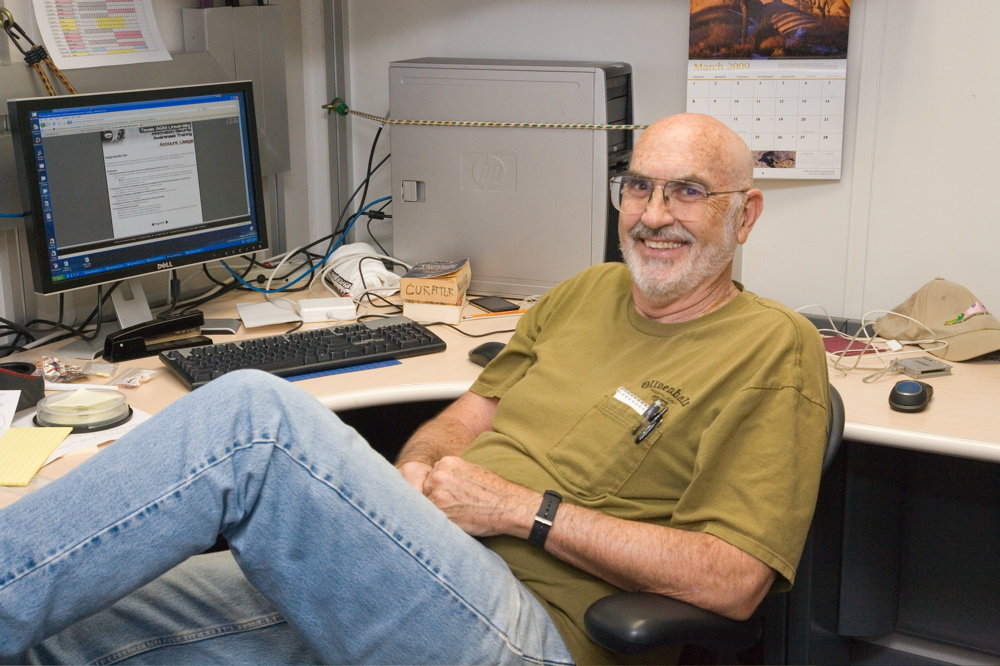 Even at its worst, the JOIDES Resolution had better communications than its predecessor, the Glomar Challenger.  The Challenger, once it left port, was essentially isolated from the world.  Its only connection to the world was via Morse Code over short wave radio. The radio operator would hijack commercial news, also in Morse Code, and would publish a daily newspaper that had a one or two-line summary of some news item.

Whereas the Resolution, during a two month cruise, will send hundreds if not thousands of messages, the official messages from the Challenger usually numbered around 60 or 65 with a similar number received.  The radio operators on the Challenger were of the older generation and they would always complain that the younger set couldn’t take Morse Code very fast and they would have to slow way down to send a message.

While it was isolated from the world, it also allowed you to live your life without complications.  There was no learning of happenings that might upset you; you never learned of the parties you missed, or the problems that your partner was having which you could do nothing about.  You could just concentrate on doing your job.  In many ways, ignorance was bliss.

The Challenger also had a phone system, if you stretch the definition a little.  There was a single line running around the ship with phones attached at strategic locations and it was possible to listen in on any conversation you wanted.  To call someone there was a bell system associated with the phone and various people would have codes.  To contact them you would ring the bell with their code and, if they heard (or wanted to), would answer at any phone.  The Lab Officer would have their code, the Tech on Watch theirs.  It worked well considering its rudimentary nature.

It was interesting that even though you were ringing a bell, each person seemed to have their own way of ringing so you could tell who was doing the ringing.  Some techs had short patience, especially towards the end of the cruise, and other techs would become more playful.

When some techs heard a certain tech ring for someone, they would just add another ring, either a long or a short, depending on how screwed up you wanted to make it.  The tech doing the original ringing would usually give up and just go looking for who they wanted, usually in an agitated frame of mind.  With the working area of the Challenger being so much smaller than the Resolution, this was not as difficult as it may seem.

From Isolation to Instant Messaging

Of the two ships, which system is better?  I, personally, like the Challenger’s isolation.  I could work unimpeded without mental upheavals caused by knowing what is happening at home and that you can’t do anything about it.

On the other hand, in this generation of instant messaging, email and the internet, most people would take the email, phone and internet.  It is all about what you’re used to and what you value most.  No matter what, however, we have come a long way in how we stay in touch at sea.