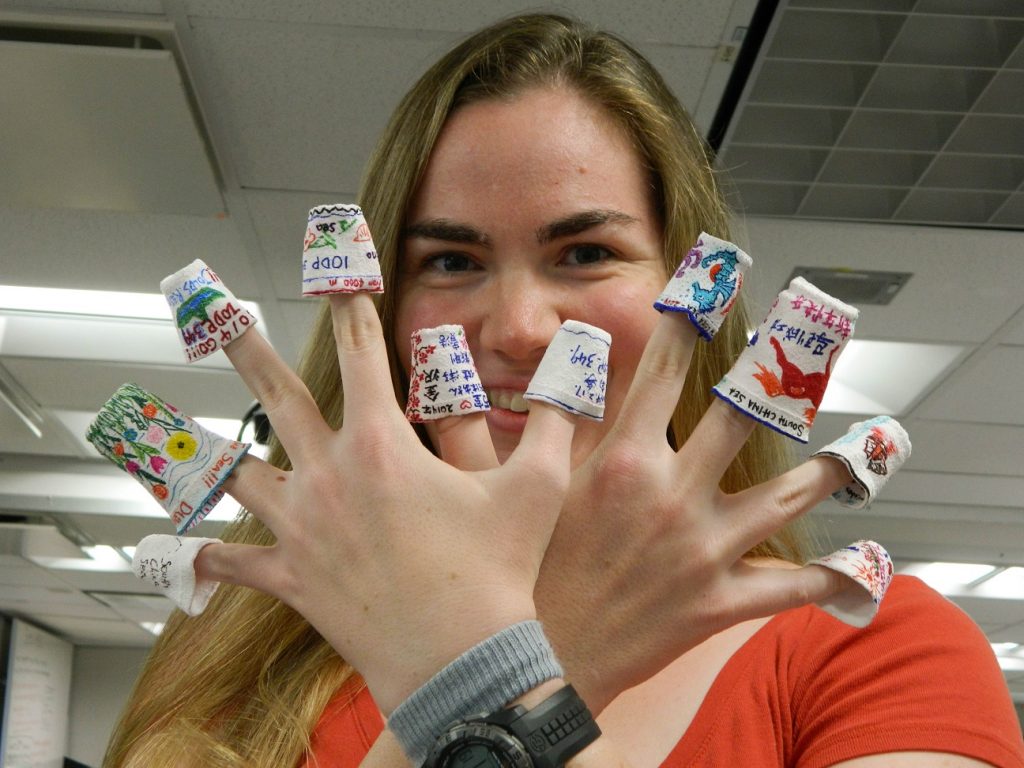 One way that we can usefully employ the time installing casing is to prepare something rather unusual and unique which is associated with deep-sea research and that is the shrinking of polystyrene cups. As you can see in this photograph white polystyrene cups can be decorated with colored markers and then shrunk to minute sizes by putting these into a bag and attaching it to the VIT camera unit, which is then lowered down to the re-entry cone, 3800 m below the vessel. At this point the high pressure of the water at these great depths crushes the polystyrene into a tiny size, which has a certain hilarious character about it that people find endlessly appealing. Because the camera unit has to go up and down several times during the casin and the bag does not interfere with this at all it is an easy way of making some amusing souvenirs and as you can see the scale of the reduction is really quite impressive. The only thing that caused any problems recently was that a hole opened up in one of the bags and some of our cups were lost, not that these are particularly expensive but of course it’s rather difficult to run out to the store to buy new ones when you’re floating around in the middle of the South China Sea.