So How Do Scientists Figure Out How Old Rocks Are?

Kitemaking 101, or "How I Learned to Make a Kite out of Dum-Dum Wrappers"
What a Difference a Few Weeks Can Make! 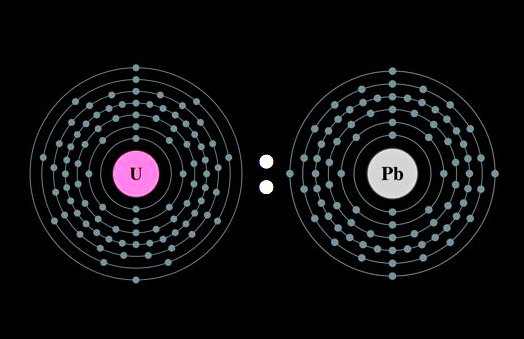 To figure out the spreading rates of various places in the seafloor, scientists compare the ages of rock samples taken from those places. It is not easy to figure out how old a rock is. They do not have growth rings like a tree nor do they have bruises caused by their aunt Barbara pinching them to grow an inch every time they have a birthday. Igneous rocks, like the basalt and gabbro in the ocean crust, do have something that can tell scientists how many years it has been since they formed, though. And, the coolest thing, these metaphoric clocks within the rocks are radioactive.

Like everything, including the computer you are looking at and your elbow, rocks are made up of incredibly tiny particles called elements. Most elements stay the same way for billions of years, but some, like uranium and potassium, are unstable and will change into other elements over time. For example, the radioactive isotopes of uranium continuously turn into lead. These unstable elements are called radioactive isotopes. One reason we know radioactive isotopes change into other elements over time is because very patient scientists have been able to observe this transformation take place in their laboratories.

You do not have to have exactly half of the parent element (which in these cases would be uranium-238 or chocolate chips) and half of the daughter element (lead-206 and peanut butter chips, respectively (I wrote “respectively” just on the off chance you assumed that uranium-238 decays into peanut butter chips)) to determine how old a rock is. Any ratio of uranium-238 to lead-206 would allow scientists to figure out the age of the rocks. So if scientists measure the total amount of uranium-238 and lead-206 in a rock crystal, and 23% of it was the lead and the other 77% was the uranium, then scientists can plug these numbers into a formula to figure out the age when that rock first solidified. Since there is a lot more uranium than lead in this example sample, that rock would be a lot younger than the 4.47 billion year half-life (the scientists would be able to determine the age more exactly than a blogfish can).

So how do scientists find and measure these isotopes in rocks? It involves crystals called zircons and laboratory instruments called mass spectrometers. To find out more about this process, you should read my next blog post.