The A, B, Seas of Motion Sickness 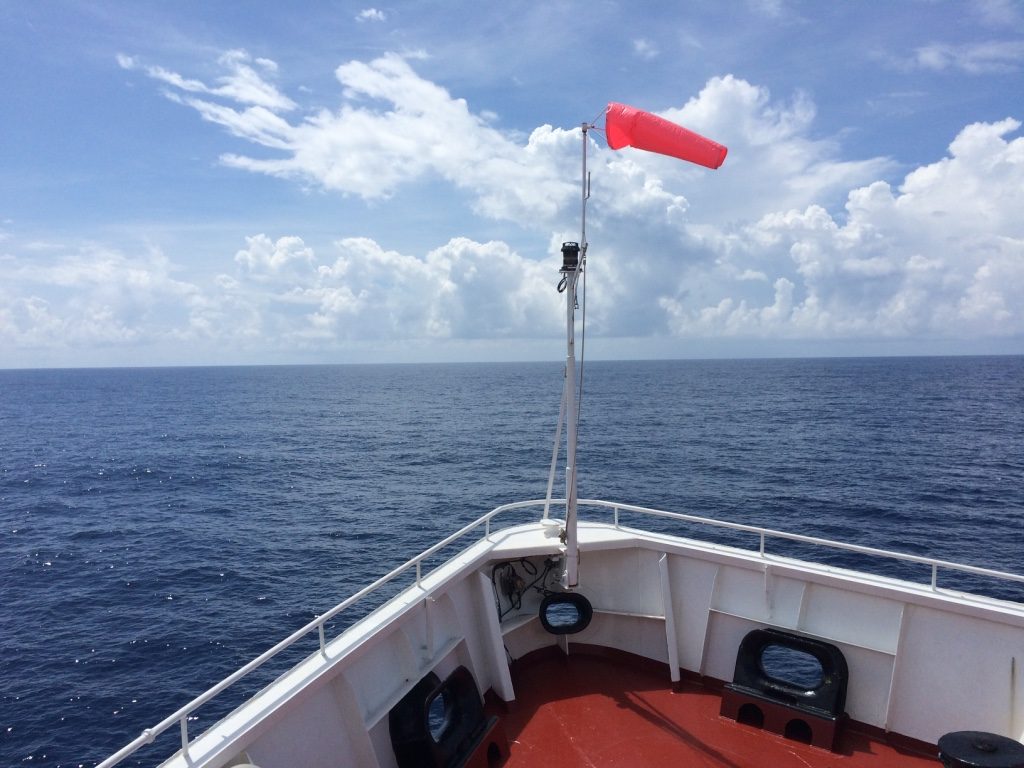 It’s our second day on the ocean and the boat is really starting to move! When it comes to motion sickness, let’s just say I’m very experienced. Planes, cars, boats, roller coasters, I’ve been sick on them all!

It’s our second day on the ocean and the boat is really starting to move! When it comes to motion sickness, let’s just say I’m very experienced. Planes, cars, boats, roller coasters, I’ve been sick on them all! Needless to say I was a little nervous for two months on the open ocean but so far I’m feeling okay thanks to lots of advice from our onboard physician Dr. Gene.

I’ve been thinking, why exactly do some people get seasick? It happens when the motion your eyes perceive does’t match up with the motion that your inner ear senses but it turns out, no one is completely sure why this is such a problem. I did a little research and found there are two very interesting hypothesis…

Another possible reason what you see and what you feel may not match up is may have been poisoned and you’re hallucinating. Therefore, when you’re brain notices a mismatch between your senses, it concludes you’ve swallowed something you shouldn’t have and decided to reverse that very quickly!

This one is a bit more complex, its called the Nystagmus Hypothesis (Nystagmus means involuntary eye movements). Essentially there are a lot of muscles surrounding each of your eyes that move them. When you perceive motion, these muscles can be stretched in weird ways. This can stimulate a particular nerve called the Vagus nerve which can control your digestive track. Stimulation of this nerve has been shown to cause vomiting!

Both of these are strong hypotheses, it makes a lot of sense that over time we have evolved mechanisms to identify and expel poisons from our body. However, the second theory explains why reading when you’re in motion is such a problem for many people and why some drugs that suppress eye movement can help treat motion sickness. The answer may in fact be some combination of both of them.But let’s get to the important part, what to do about it!