The biggest river you never heard of

Happy Year of the Monkey!
Lots of dogs and cats, but where are the birds? 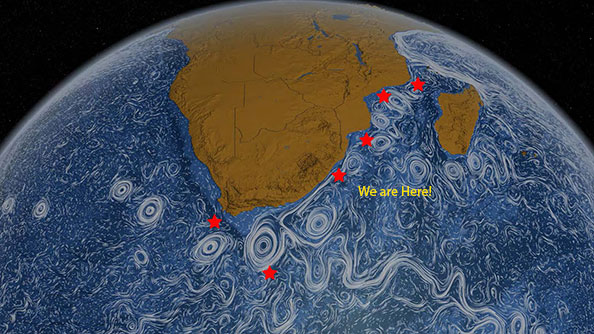 This turns out to be the biggest river on Earth–carrying some 70 million cubic meters of water every second down the east coast of Africa where some leaks into the South Atlantic (to the left).  That is comfortably twice the size of the Gulf Stream (off the US East Coast–a mere 30 million cubic meters/second) and vastly larger than any terrestrial river (the Amazon manages a tiny 200,000 cubic meters/second!). The Agulhas is so big and so fast that winds coming the other way sometimes make standing waves on it–big enough to wreck ships!