The challenges of blogging at sea! 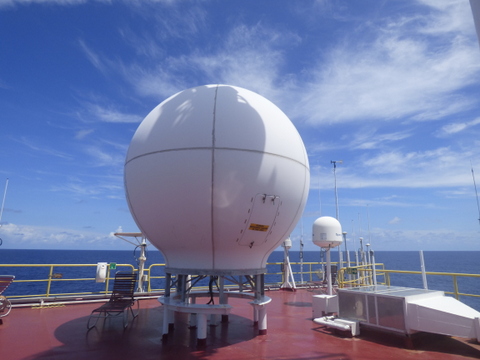 When I lived in Israel at the age of 15, it was before the internet, before cell phones, and in fact there were only two public phone booths available for use by the entire kibbutz of 800 people.  Written all over the walls of both booths, in nearly every language imaginable, was the word “patience”.  I feel like scrawling that word all over my office walls right now!

In general, it takes about half an hour to an hour after writing the blog to actually post it, depending on how many photos I have to share.  The previous blog just below this one took 2.5 hrs for no discernible reason, and last night’s would not post at all.  After getting everything uploaded, and photos identified, every time I hit “save” it gave me an error reading and wiped it all out.  After the second time, it stopped recognizing my photo search.  I went to bed.

What I had been attempting to blog about was an update on our drilling, and my assistance in the micropaleontology lab.  Site MZC (the Mozambique Channel) has been fantastic, and has had all the scientists buzzing with excitement.  However, it was only our third site.  We have three more to go, and 2.5km of sediment still to collect, with only 2.5 weeks left to our expedition.  The next two sites are in relatively shallow water – 400m vs. 2000+m – so the core will be arriving on deck approximately every 20 minutes.  It will be all hands on deck, literally!

I have been helping out as much as possible in the paleolab.  I spent more than 4 hours one day photographing from the SEM all the MZC foraminiferas and uploading them into the database, then 5 hours yesterday learning how to use Photoshop and editing all the photographs so they could be used in the site report due today.  I had forams on the brain, so I was sharing some more with you.  Just some of the biggest, most beautiful ones, though remember, even they are only the size of grains of sand!  Again, enjoy.