The Eocene-Oligocene Boundary on Deck! 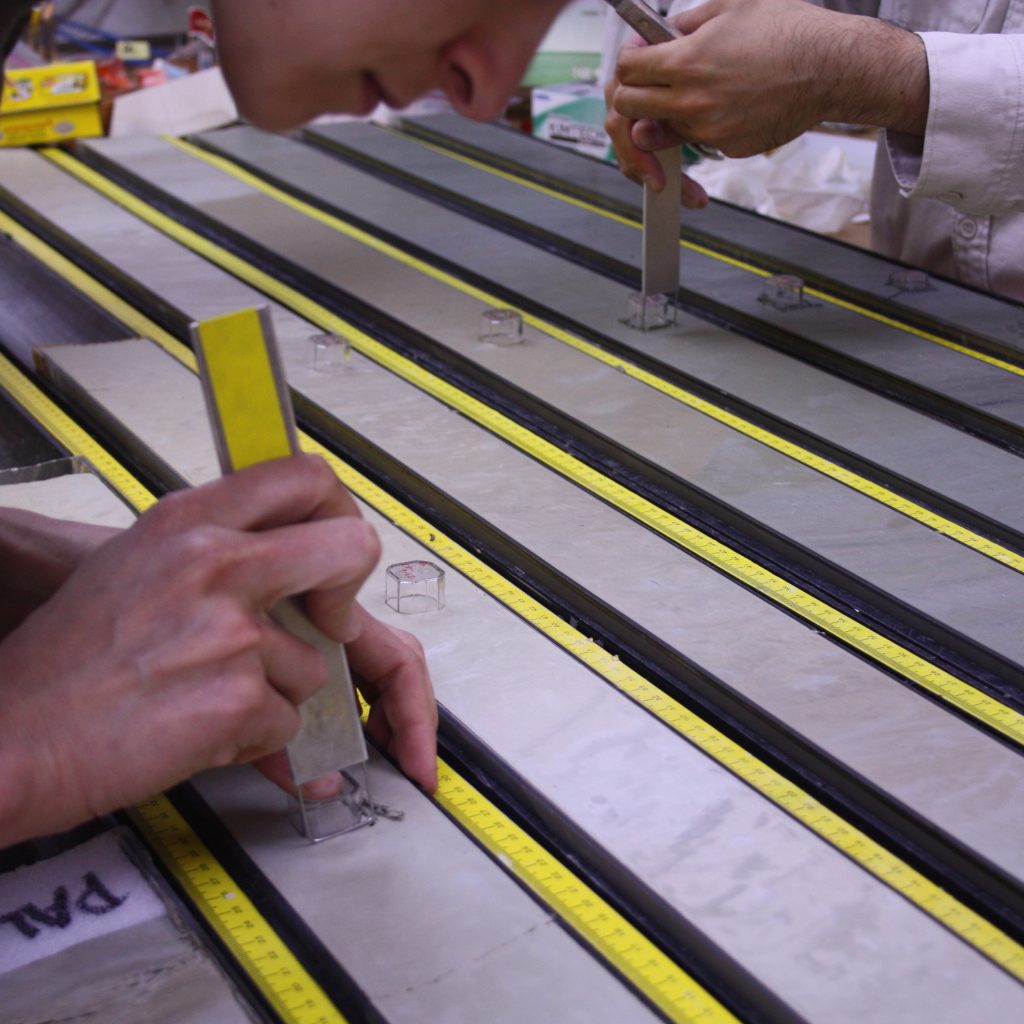 We found something other than green mud! Not that green mud isn’t exciting or anything… We just have been finding a lot of it at Site 2! Uncovering another major climate event was a wonderful change.

It turns out that we found the ~33 million year old E-O boundary – or the boundary between the Eocene and the Oligocene Epochs. The E-O boundary core shows the shift in Earth’s climate system from a “greenhouse” state, where there were no ice caps and the entire planet was very warm, to an “icehouse” climate, or one with large ice caps at the poles. The transition from greenhouse to icehouse at the E-O boundary happened over a few hundred thousand years – very rapidly for geologic time! It is also very mysterious. Some believe that massive volcanic eruptions are responsible for altering the climate, while others speculate that repeated meteorite impacts are ultimately responsible for the global cooling.

The Eocene-Oligocene Boundary as seen in the core from Site 2.

Though small compared to the more famous K-Pg, the E-O boundary is still one of the major extinction events in Earth’s history. Cooling affected everything from single celled marine organisms to large mammals.  For example, Eocene cetacean relatives like the Basilosaurus went extinct, paving the way for modern whales and dolphins.

A Basilosaurus skeleton from the Smithsonian Museum.