The longest core off West Antarctica

Blogs from Margot Courtillat
All Onboard for Iceberg Alley 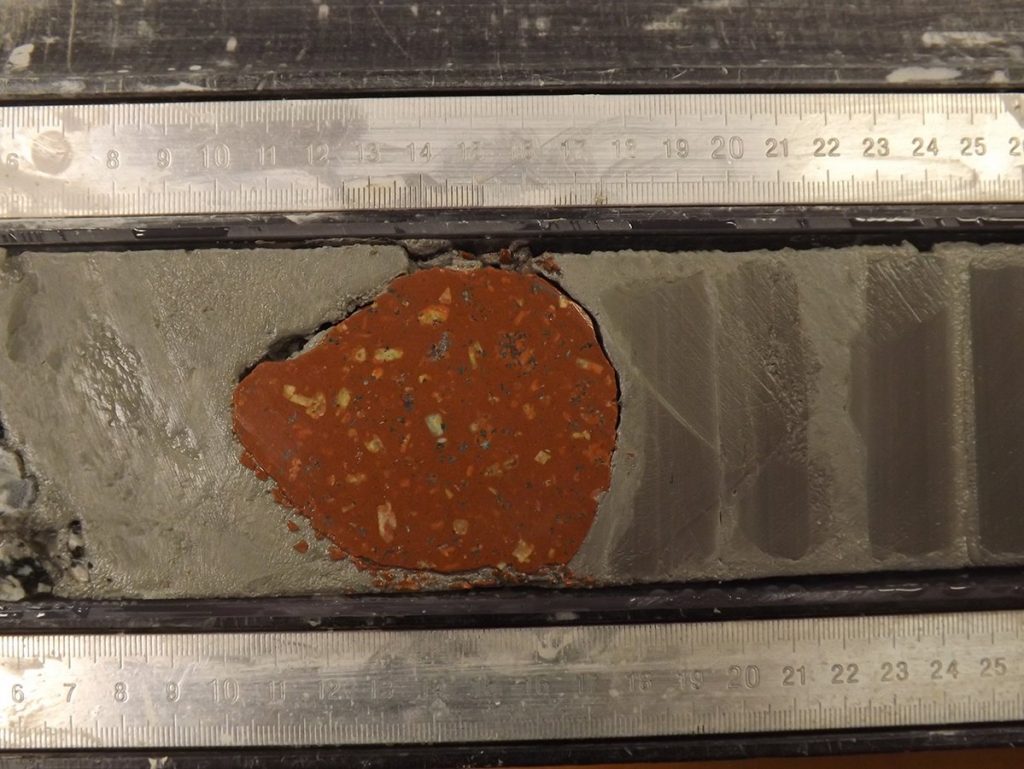 We are back in port in Punta Arenas, Chile, with on board many sections of drill core. This IODP (International Ocean Discovery Program) expedition was definitely the most challenging I have been part of. We drilled two Sites into the newly named Resolution drift, a mound of mud off West Antarctica. Drilling conditions were very difficult with many icebergs. However, thanks to the fruitful collaborations between navigators, scientists, engineers and drillers, we were able to extract a long and complete geological climate archive from beneath the seafloor. Never before did a ship recover so much core from a single site on the Antarctic margin as at our Site U1532. It is still a humbling experience to be part of such a large scientific and technological operation, even though this was my 6th drilling season on the Antarctic margin!

The science team measured many properties using various instruments and microscopic observations and we are still processing the main findings. The scientists are trained in many different disciplines, from biology to chemistry to physics, because geology (or geoscience) is an interdisciplinary science. A few examples of types of shipboard measurements and observations are described below. 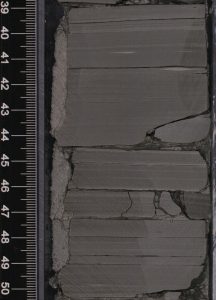 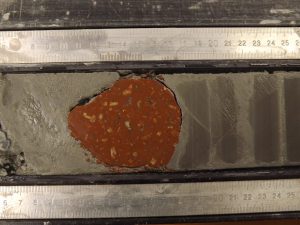 Lithologies (sand or mud) and sedimentary structures: like the cross-sections of ripples in the sand on a beach, but here encased in deep-sea mud. The ripple structures tell us something about variations in how fast the deep ocean currents were flowing. These currents are wind-driven or gravity driven (like rivers), so indirectly they let us know how strong the winds were in the past or how much material was coming down from the continent in deep-sea channels.

Cobbles and pebbles: the rocks are full of mineral crystals that point to a type of volcanic process. Some of these rocks are unique to specific locations in West Antarctica. The rocks were taken up by the glacial ice and transported offshore as icebergs broke off from the land ice. Hence these rocks tell us about the locations on West Antarctica where ice was released into the ocean by the calving of glaciers in the past. 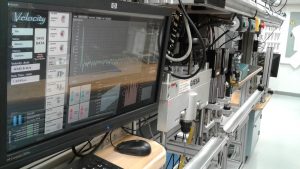 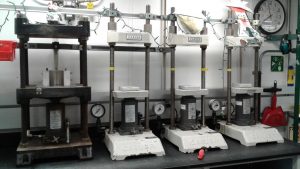 Pore water chemistry: water within the rock was squeezed out (see squeezers to the right) and analyzed chemically to understand how sediments and water change down to hundreds of meters beneath the seafloor. For example, we found layers of sand grains that were cemented together into a hard rock, like concrete. The compounds that make up the cement typically come from the pore waters. To tie all these different measurements together, we have had integrated meetings with all the 30 or so scientists on board.

In the next few years we will be able to write the history book of the West Antarctic Ice Sheet and how it developed through past warm periods using the shipboard data and additional measurements in shore-based labs. We will be able to place the present accelerating melt of the floating glacial ice in the Amundsen Sea embayment into a long-term framework of many generations and in the process educate the scientists of the future!

The ship is now made ready for Expedition 382 Iceberg Alley, another Antarctic expedition with the JOIDES Resolution drillship. Our shipboard crew and science party will leave the ship on Wednesday and a whole new crew and science party will get on board. If you are interested in following the Iceberg Alley expedition, make sure you follow @TheJR on Twitter and blogs could be available at joidesresolution.org.