Thin-Sections Part 3: The Stories They Tell 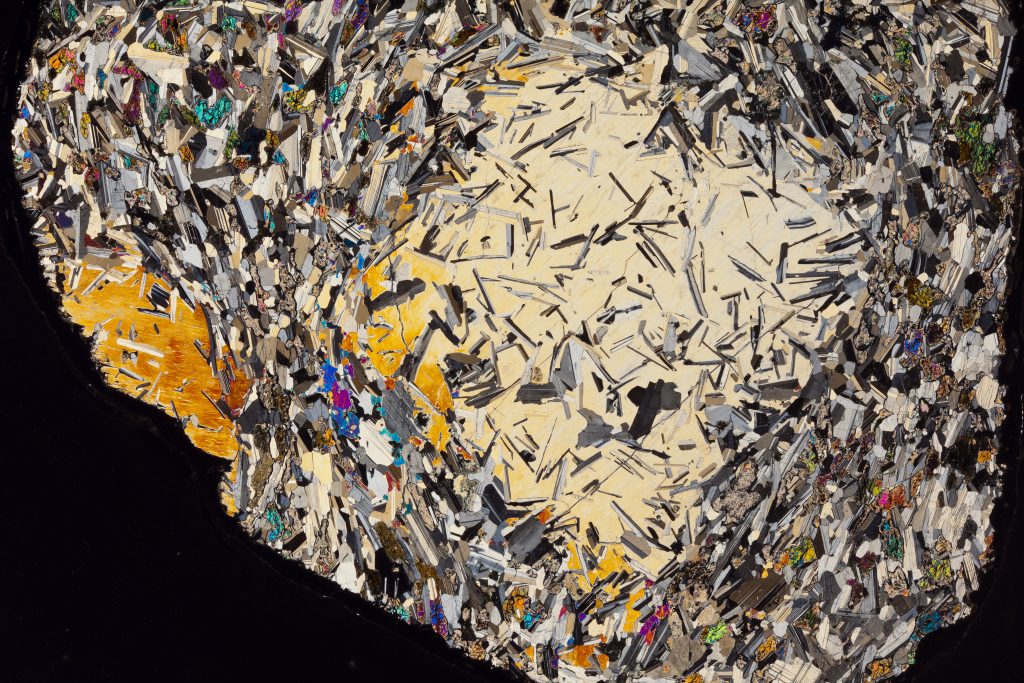 In  Part 1 we learned how thin-sections are made and Part 2 explained how they help us identify minerals. If we look at the placement of these minerals we can learn about how the rock formed. Remember that these are false colors. The crystals appear to be these colors because of the way light travels through them.

Here are some examples:

In the photo above we see a green olivine crystal towards the bottom of the photo and two more brown olivine crystals in the center of the picture. These were the first minerals formed and then they were included in (surrounded by) the striped plagioclase. Because they are included, we know the plagioclase was formed second.  Third came the tan or gray clinopyroxene. It was crystalized last because it has plagioclase and olivine included within it.

Here the plagioclase that appears stripped in the polarized light formed first. Then the large brown clinopyroxene grew into the space between the other crystals that already existed.

This rock contains finer grained minerals and you can see how some of the plagioclase is vertically oriented. It has a magmatic fabric. This means that magma gave it this configuration or texture, structure, and orientation. The yellow clinopyroxene includes (or surrounds) the other crystals and therefore came after those crystals.