A slight impediment to our sediment
Excitement in the Magnetic Field 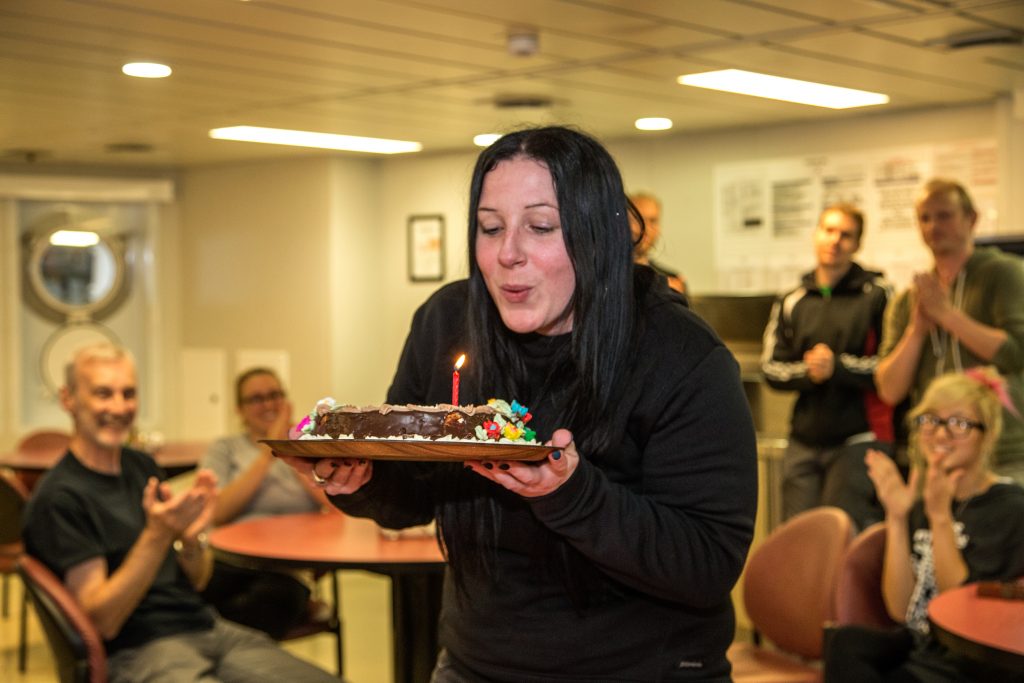 First, HAPPY BIRTHDAY BRIONY!! One of our paleontologists (benthic foraminifers) and the most awesome person you will ever meet. :3

Now onto science talk. Well… the first site
U1458 was challenging. We simply weren’t able to recover a lot of material, probably because it’s all crumbly carbonate reef debris. So we
concluded Site U1458 and headed 1 “nautical mile” (1.15 land miles = 1 nautical
mile) to an alternate site, U1459. The silver lining to this alternate site is that it is in slightly deeper water and farther away from the Houtman-Abrolhos reefs.

Even so, as Kara (our project manager) puts it, “a typical
day in the field – requires patience, practicality and flexibility. Stuff
rarely goes the way you want it to – reality bites.” Site U1459 decided to
follow in the footsteps of his friend (U1458) and keep the scientists
waiting hours for the arrival of core.

While attempting to establish the mudline, we hit something
hard. Something really, REALLY hard. So hard we broke the core barrel. The coring
device we were using was the APC and APC is typically not used for such hard
material. But luckily, we have a boat full of experts who have anticipated such
outcomes. We went with plan B: the XCB. In terms of the power hierarchy of coring systems, it’s:

Why not start with the RCB if the material is so hard? As
you move higher up in the power hierarchy, you start to go significantly lower in % core recovery.

So far, the first attempt with the XCB… nothing. Second
attempt? Nothing. Did we even dare a third attempt??? …… we did. The operations manager thought
we were just about reaching the softer material and decided to try one more
time. The results?

Something! It’s better than nothing of course. Hopefully the
next few attempts will prove to be a even better. For now at least, the
scientists have something new to work with. 🙂

In the meantime, the scientists, technicians, and I have
been placing bets on when or how long the next core will be. Susan won the first round and David won the Second… hopefully I’ll win the third? (cross my fingers)

Susan’s just a little sad the cores weren’t coming up to the deck. I guess we’re all a little sad. 🙁 Except David. David’s always happy.

Other than the sediment refusing to come up to the deck in the cores, life on sea has been so much fun!:D It’s 9am and is now officially time for my cookie break! OH! And Briony’s Birthday Party~ Wheeeeee