What does it mean?

Moment of silence to support our Japanese colleagues
Dynamic Positioning (a.k.a. DP) 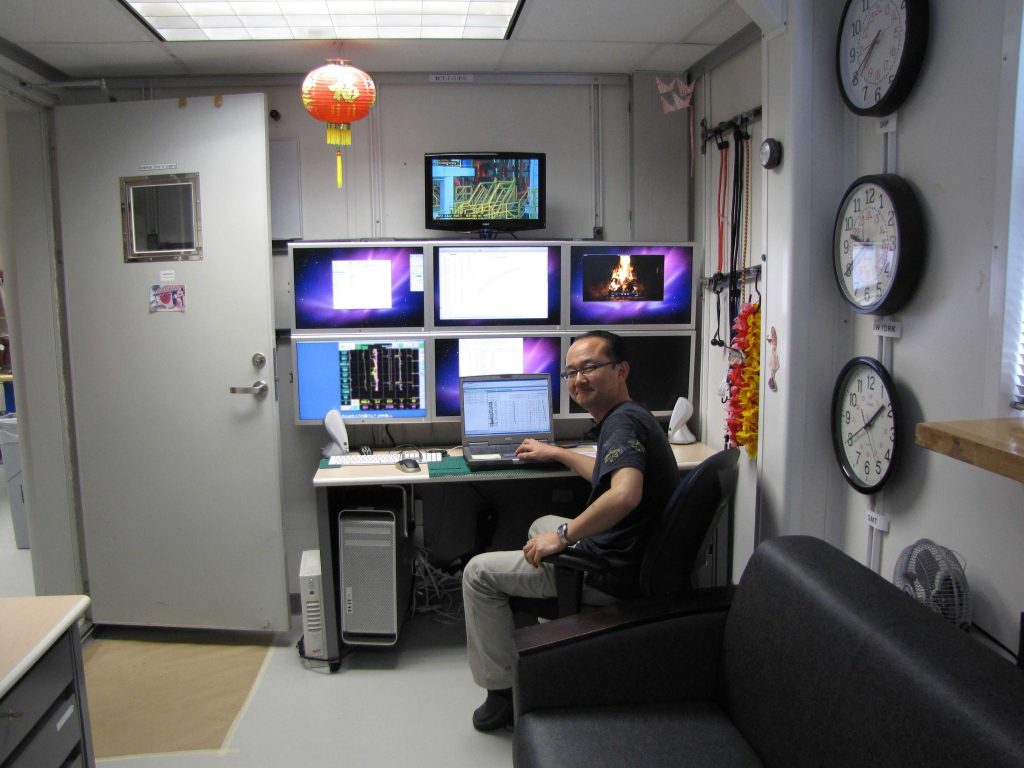 In school, students learn the basic facts of plate tectonics. They usually can tell you that there are something called plates that cover the Earth’s surface. They also know that when plates come together the interesting things happen. They may mention earthquakes and volcanoes.  They might recall that subduction or convergence is when one plate moves under another.
It might just be these basic facts. Scientists understand the world through more than just the facts. It is the interconnections and complexity of the natural system. As educators we hope that students are also learning what it means and to build a comprehensive picture or story. Here at the Costa Rican subduction zone the science team continues to plan for “core on deck” while “logging while drilling.” (Image of Sanny watching the data coming back from the the LWD instruments)  We have had daily science talks where experts from different research areas talk about their own studies of this region over the last 5-15 years. I’m learning so much. I’m putting together the basic facts into a richer picture of what is going on here.