What is the Indonesian Throughflow?

A Total Amateur's Guide to Core Description
A helideckload of fun! 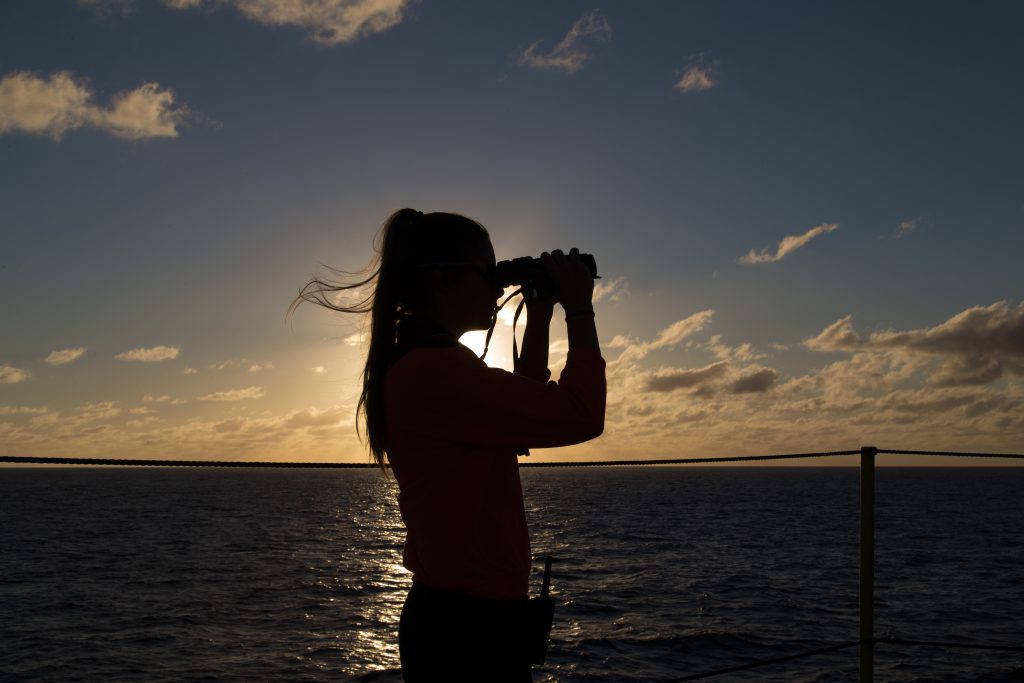 On our expeditions page, we wrote out our science objectives for coring along the western coast of Australia. Our focus, as the name suggests, of the expedition is to follow the history of the Indonesian Throughflow (ITF) and the Leeuwin Current to investigate topics like tectonics, climate change, and the development of ocean currents in this region.

So what are the ITF and the Leeuwin Current?

The ITF is a flow of warm, less salty water from the Pacific Ocean through a gap between the southeast Asian islands and northern Australia into the Indian Ocean. It’s an important player in thermohaline circulation or the global heat conveyor belt. The ITF also flows into the Leeuwin Current, which is a current coming in from the Indian Ocean toward western Australia and transports warm water southward along the coast of western Australia. The map below shows a great depiction of the direction of the currents.

Leeuwin Current is so warm, it’s the reason there are corals so far to the south (Albrohos Islands), corals that we have been finding on our expedition. These corals are the most southerly true corals found in the world, and the time when they started growing here is really important because it tells us when the Leeuwin Current first arrived. This is then linked back to the movement and strength of the ITF over time, and therefore, tells us more about the global conveyor belt!

So, by studying the changes recorded in our sediment cores, along the ITF and the Leeuwin Current, scientists can track the changes in climate and environment (both in the ocean and on land) that have happened millions of years ago!

A big thanks to Kara for her LARGE contributions in making of this blog post. 😀