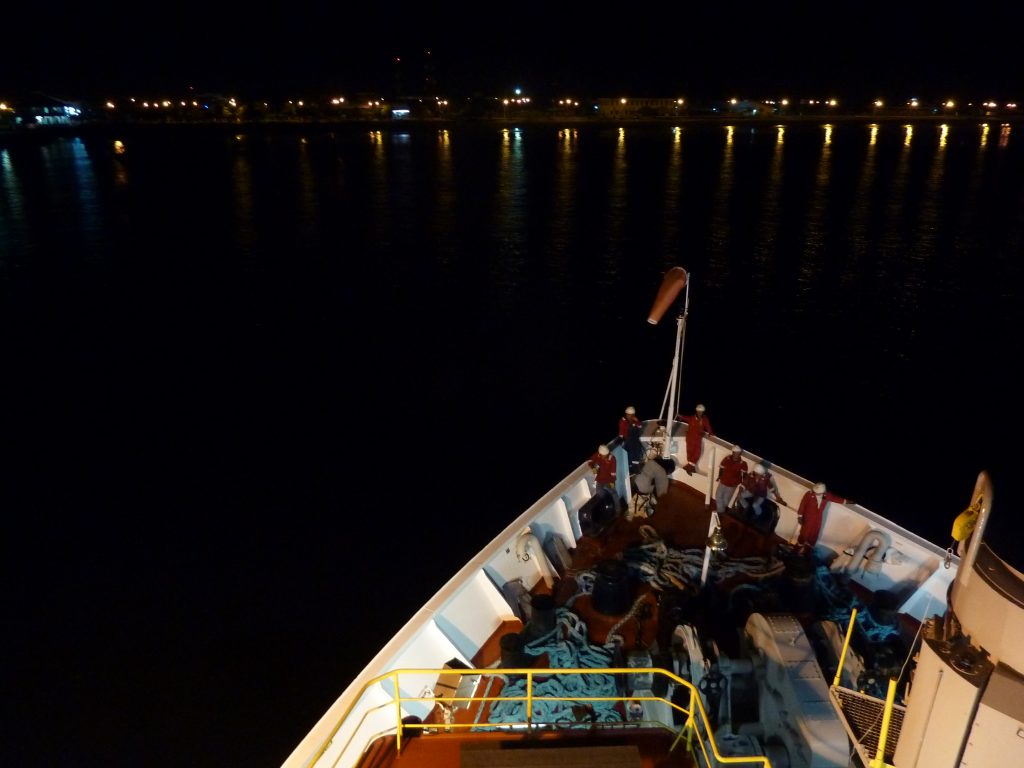 Early on Sunday morning, 17 April, we set sail from Puntarenas, Costa Rica, heading for hole "1256D," which lies on the Cocos tectonic plate off of Costa Rica. In the middle of the night last night, we reached our destination, positioning our ship over hole 1256D.

But what’s with the expedition title?  What does it mean?

Not that our ship captain has been gunning the engines to speed us through the ocean waves — or that our scientists are all running around the ship in double time.

Instead: the site we’ll be drilling in order to advance scientific research, lies in ocean crust that formed "superfast" — at more than 20 centimeters a year, which is much faster than any present-day crust formation.  And the fact that the crust formed so fast, makes the upper crust here much thinner than elsewhere, making it possible to reach the lower portions of the ocean crust without having to drill so deep as in other parts of the world.

We’ve returned to the same site drilled by three previous expeditions, which together managed to deepen this single hole down to 1.5 kilometers below the seafloor.  This time, we’re hoping to deepen the hole at least another 400 meters — and to recover for the first time a type of rock known as "gabbros" from the lower crust, which will be the deepest types of rock ever extracted from beneath the seafloor.

And there you have it — the reason for our expedition name: "Superfast Spreading Rate Crust 4."