Which Came First? Antarctic Glaciation or the Extinction of the Dinosaurs

Congratulations PAEMST Winners!
What 12-hour shift on the JR would you prefer? 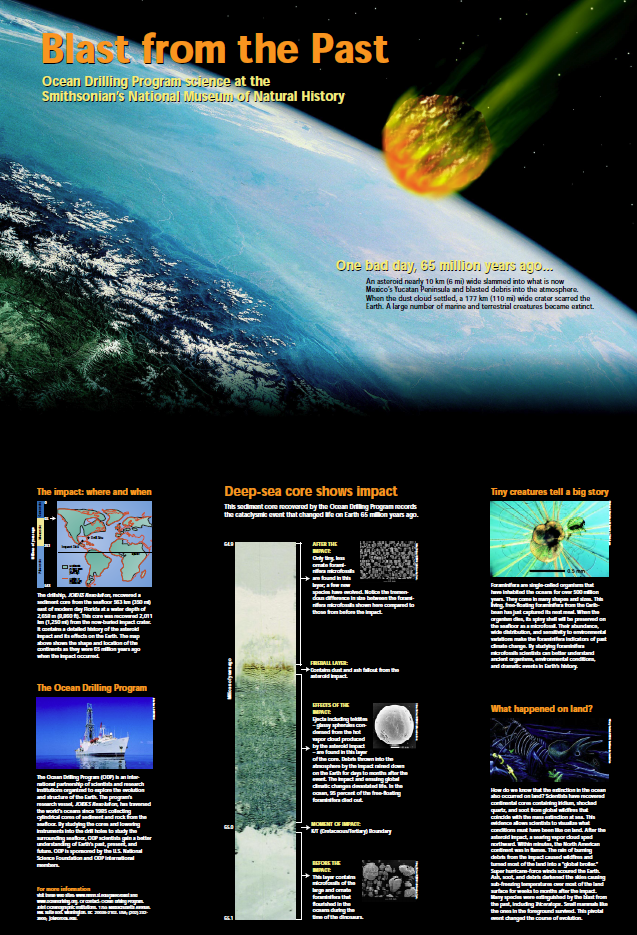 During this morning’s video conference between the PAEMST winners at NSF and scientists aboard the JR n Wellington, one of the teachers posed a really important question about geological time.

She reminded us that for elementary students, dinosaurs and their extinction provide the context for very young learners…and others.   Children (and grown-up children) often ask, “Did that happen before or after the dinosaurs became extinct?”  So what can we tell them about the climate changes we hope to learn more about during Expedition 318?  Did they come before or after the dinosaurs?  Here’s a wonderful graphic that might put everything into perspective.  I found it in the Scientific Prospectus for Wilkes, but here’s the referece:  Crowley, T. J., and K.-Y. Kim, 1995.  Comparison of longterm greenhouse projections with the geologic record, Geophysical Research Letters  22, 933-936.