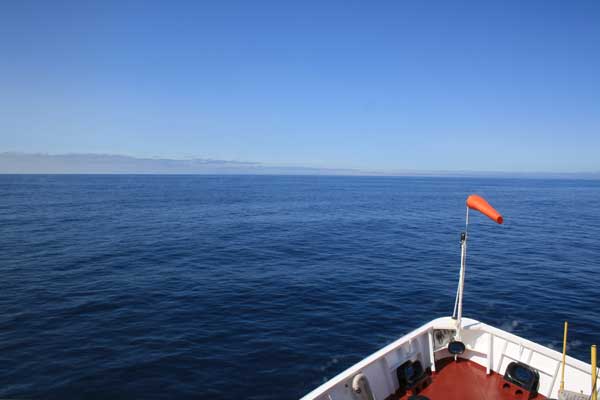 The present is the key to the past. This simple statement is one of the axioms of geology, first articulated in the late 18th century as geology was developing as a science. It simply says that we can understand our Earth and its history by understanding how our world works today, and then applying those principles of interpretation to such storehouses of information as rocks, sediments, ice and other natural archives.

Hence, by observing modern processes such as erosion we can comprehend how the Grand Canyon formed, and by measuring the slow movements of continents with satellites we can understand the continual shuffling of tectonic plates and the ongoing renewal and rearrangement of Earth’s surface.

Increasingly, earth scientists have learned that the past may also be a key to the future. As human activities leave an ever more discernable imprint on our climate and global environment, it is critical to more fully understand how all the parts of our amazingly complicated world fit together – how the ocean and atmosphere interact, how terrestrial and marine ecosystems respond to changes in their environment, how chemical cycling impacts life (and vice versa), how mountains grow and weather and ice sheets form and melt, and so on. Yet many of the processes that scientists are interested in operate on timescales longer than for which we have good records, or often have data of any kind. For scientists like those of us currently sailing on the JOIDES Resolution, that is what drives us and causes us to give up two months of time with family and loved ones, to miss vacation time and birthdays as well as time in our labs at home. It is the desire to unravel and piece together another part of the great historical puzzle that is Earth history, and from which we can gain knowledge that may help us better face our future.

Those reading this will know that officially we are Expedition 346 of the Integrated Ocean Drilling Program (IODP). Our destination (just a day or so away now after nearly two weeks of transit) is the Sea of Japan/East Sea where our mission is to drill holes and recover sediments that will help us better understand what is known as the East Asian Monsoon. The word “monsoon” comes from an Arabic word meaning “seasons”. In regions affected by a monsoon-type climate, it is the seasonal changes that have the most dramatic impact on human populations and things like agriculture, usually through rainfall. Given the population of the various nations in East Asia, it is easy to appreciate the significance of the Monsoon as a climate phenomenon in this corner of the world. Of course, we’re not looking to say what the Monsoon was doing yesterday, or even a hundred years ago. Instead, our hope is to obtain records that cover at least the last 5 million years and from which we can study how the Monsoon system has evolved and developed over that time span. In future blog entries, I’ll try to go into that in more detail.

I’m new to blogging so bear with me as I get my feet wet. If I get too technical, let me know. In the meantime, it’s almost time for dinner here at 42 degrees 7 minutes N and 145 degrees 2 minutes E.